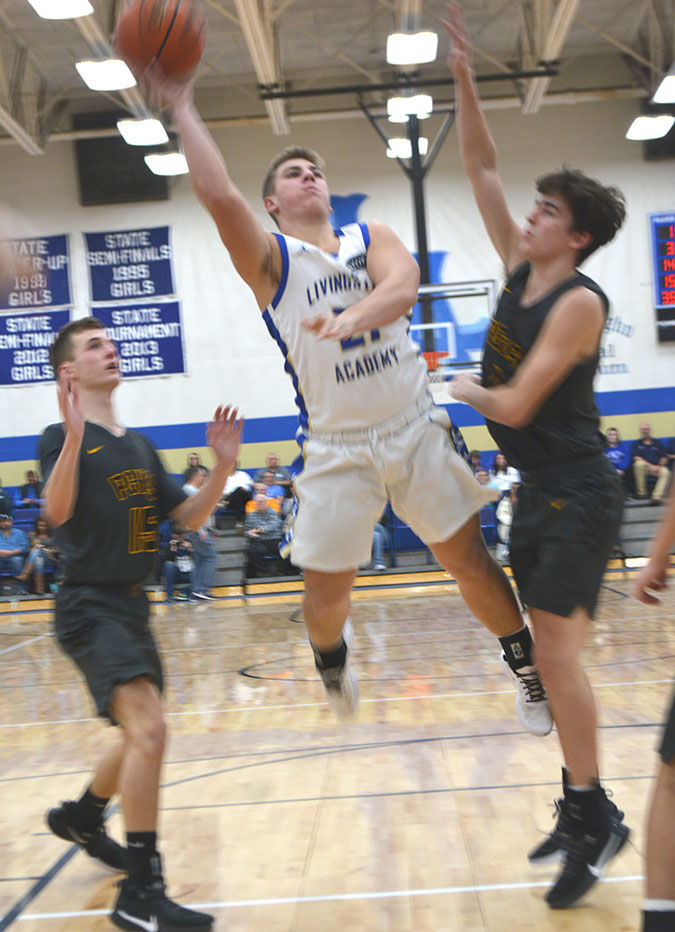 Nate Carwile drives the lane and goes up for a basket during action against Pickett County last week. 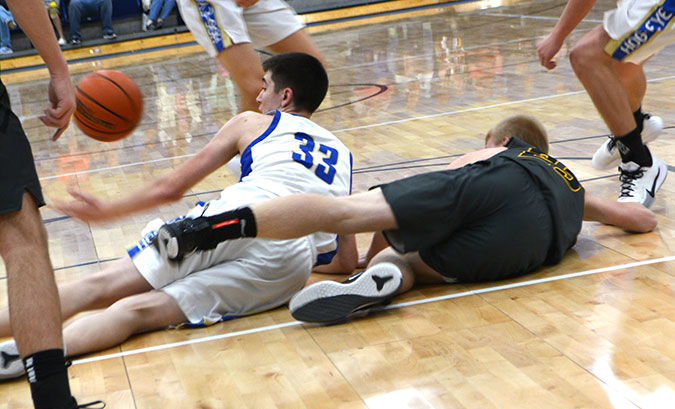 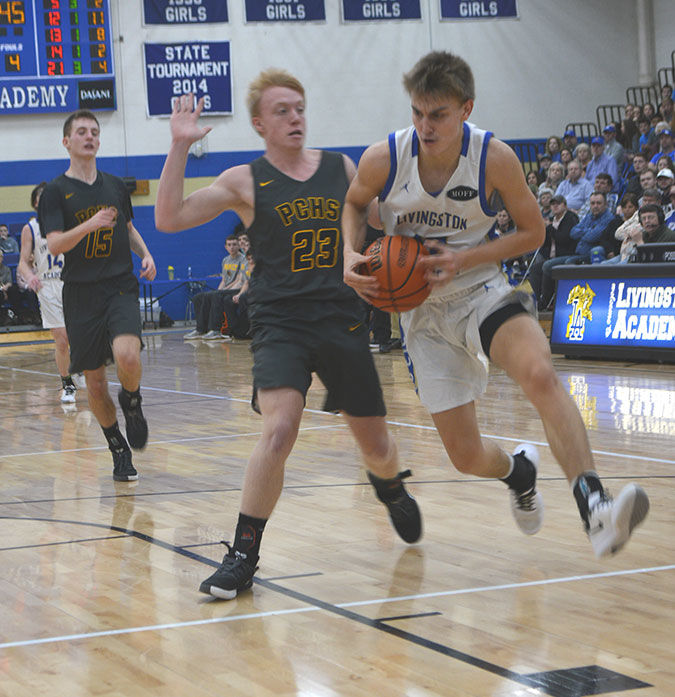 LA’s Matthew Sells goes by a Pickett County player for two of his 25 points.

Nate Carwile drives the lane and goes up for a basket during action against Pickett County last week.

LA’s Matthew Sells goes by a Pickett County player for two of his 25 points.

A Monday game in Oneida and a Friday game at home against Pickett County just gave the appearance that the Christmas tournament season would never go away. Over the holidays, Livingston Academy teams played in two events, one the week before Christmas and one the week after.

In some cases, the players thought it was somewhat of an advantage to get in all the “practice” while others kind of felt it was a bit much, especially the Oneida event where they had to travel each day over 140 miles to play a game and the final day of the tournament was on a Monday.

And while it was time for things to finally settle down, it was also nice that the Cats were finally back at home. In the first 16 games of the season, Livingston has played only two of its games in the friendly confines of their own gym.

“Playing anywhere is fine with me, but it’s always nice to be here at home,” junior Nate Carwile pointed out earlier in the day, “I’m sure we’ll get a good crowd and that’s always nice.”

Carwile was right on the money when it came to a “big crowd” because almost every seat in the house was filled Friday when rival Pickett County rolled into town, and for the most part, they got their money’s worth, especially the ones on the Bobcat side of the gym.

In a battle that started off a little one-sided, Livingston fought back time and again, at one point from 12 points down, to finally tie the game then lose by a single point with less than 5 seconds showing on the clock.

The 72-71 Pickett win was the Bobcats’ seventh in the last 11 encounters between to two teams.

“The list is long on things we need to do better,” LA head coach Jimmy Miller said after the game. “First off all, we have got to start trying to win earlier instead of waiting for the final three or four minutes to come back.”

The loss left the Wildcats with a 7-10 overall mark and looking at a steady run of district games starting near the end of this week.

Pickett County, known for its accurate shooting, jumped out to a 5-0 lead early, then held off a late quarter charge by the Wildcats led by Nick Choate to take an 18-14 lead to the second frame.

Hunter Coffman started the Wildcats in the right direction early in the second quarter with a basket that pulled LA to within two, 18-16. Problem turned out that despite however close Livingston got, it could never take the lead. Matthew Sells did tie the score at 26 with a three-pointer, then a run by the Bobcats gave them a 38-30 lead at intermission.

Things got a little out of hand to start the third frame as the visitors raced to a 45-33 lead, but a steady climb back using points from Nick Choate, Carwile, Eli Melton, and five big ones from Sells clipped the lead to four, 53-49, going to the fourth quarter.

Livingston tried its best to cut into the lead that got to 9, 60-51, early in the final quarter, but every basket the Wildcats made, the Bobcats would answer.

Finally, with 10 seconds remaining in the game, Sells hit a field goal that gave Livingston its first lead of the night, 71-70. But like almost every time before, Pickett Counter answered with 5 seconds remaining, and LA failed on its final shot from the right corner as time expired.

“We can’t keep doing that,” Miller added. “We have to fight so hard to get back that we simply run out of gas at the finish line.

“We play Warren County Monday then things settle to the normal Tuesday-Friday schedule and I think they are all district games, so we have got to get our act together and do it right now.”

Livingston was in Warren County Monday night then will return home for a two-game home stretch against Macon County on Friday then Watertown on the following Tuesday.

Livingston is currently 7-10 on the season.