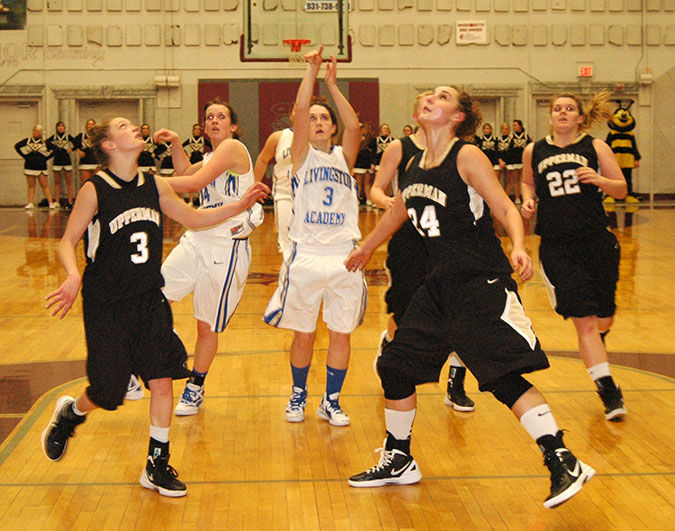 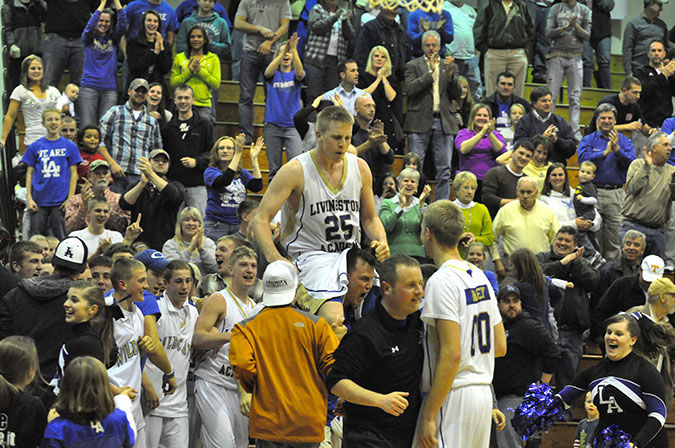 Just as had been the case in my first seven or eight years as a sportswriter for the two local newspapers, there had already been plenty of excitement that included a state championship for the girls and both the boys and girls were about to hit a stride that will be a long time in returning.

Over four of the next six seasons, the girls would return to Murfreesboro three times, but could never capture that elusive “Gold Ball” again. Meanwhile, the LA boys would also make the trip to the championships three times, and like the girls, fail to get the ultimate prize.

Going to Murfreesboro got to be so routine it was almost like a regularly scheduled game with Upperman – always tough and always challenging – but rewarding.

And it was a fun run for players, fans, and writers all the same. That feeling of walking into a gym anywhere in the mid-state during those four years and being almost assured a win many more times than not, was impressive.

During the three seasons that the girls went to the state tournament, they would roll up an 89-23 record while the boys would post 83 wins, 27 losses and a season where they didn’t make it to Murfreesboro, but were strong, 22-11.

The team breezed through the regular season 26-3, won the district tourney, went through the regionals undefeated, and hosted the sub-state where they crushed East Hamilton 71-43.

At Murfreesboro that year, they dumped Loudon 45-31 then ran into a very impressive and eventual state champs CPA and fell 49-31. The season was outstanding and ended at 33-4.

Finishing the regular season at 22-7, the Cats swept the district tournament, breezed through the regions undefeated, and faced Tyner, at home, for the sub-state. In that game, Mason Ramsey took a pass at the top of the key, leaped in the air, and took a shot. The game was tied at 66 and the horn sounded just after Ramsey released the ball. As a packed house focused all eyes on the basket, the ball fell smoothly through, hitting only the bottom of the net, then the floor, and LA was on its way back to Murfreesboro.

“It’s probably the only shot I remember ever taking while I played at LA, but I will never forget it,” Ramsey would relate years later.

At the state tournament, Livingston fell hard to a strong Stone Memorial team, 80-65, ending the season at 28-8.

Despite failing once again to do well at the state tournament, the 2011-2012 team can be considered one of the finest in the history of Livingston Academy.

With most of the returning cast almost identical to the previous season, with a couple exceptions, in 2013 the LA girls went 22-6 in the regular season, 3-0 in the district tournament for their third straight crown, won their second straight regional in 3-0 fashion, beat East Hamilton in the sub-state, and lost again to CPA at Murfreesboro.

Keelie Lamb along with Skyla Looper were the two freshmen that season. Before her career was over, Lamb would make a strong mark on the program.

And 2013-2014 would be looked back on as the last time, at least until the current season, that the Lady Cats would make it to the state playoffs.

The team returned a strong nucleus of three seniors and added some names that would be the foundation for the next four seasons. Mikala Brown, Jaci Baltimore, Carlsey Bibb, Kellsey Ray, Kaitlyn Linder, and Katie West were the freshmen, Stover, Jameson Dailey, Sells, and Savage were the juniors, and Lamb, Kailey Winningham, and Dillon would be sophomores.

During the regular season, the Lady Cats had their good nights and bad, going 19-10 in the regular season and finishing in second place. They also finished second in the district tournament but won the region event. In the sub-state, they toppled Loudon then fell 53-46 to Elizabethton. The season ended at 25-12.

In the 2014-15 season, Leah Parker and Carson Hammock would join a team that should have done well with six returning seniors, one junior, Lamb, and six sophomores. The 22-7 regular season mark was a good one, but losing in the district tournament to Cannon County by one point kinda set the mood for the year. An ice storm canceled most of the tournament, and LA settled in at the 3rd seed, beat Notre Dame, then lost to Central Magnet by one point, 43-42, in the regional. The season ended with a 24-9 record.

The highlight for the boys in 2015 was they played six overtime games and lost all six. Freshmen Blake Qualls, Wade Neely, Jakob Craig, and Carter Hayes joined six seniors led by Zac Craig and Crowder, junior Logan Clark, and standout sophomore Xander Miller. The team posted a 22-6 overall mark, won two games in the district tournament before the ice storm, won two games in the regional, then fell on the road to Chattanooga Central, 75-72, in double overtime. Their final record was 26-8.

There would be one more championship run before the decade was out for Livingston Academy, and that came during the 2017-18 season.

Comprised of Jake Craig, Hayes, Neely, Qualls, and freshman Matthew Sells along with Cody Ray, Aubrey Hollars, Parker Coleman, Ben Kennard, Kyle Allen, Will McDonald, Cole Smith, Nate Carwile, Cayden Jones, Hunter Coffman, and Mitchell Ayers, they finished the regular season 20-8 and tied Upperman for the regular season crown. The Bees clipped the Cats by a single point to win the district championship, but in the regional title game, the Cats came out in the second half on fire, burned the nets with three-pointers from everywhere, and slammed their rivals 72-48. It was the most impressive win of the season by far.

At the state tournament, Livingston got by Alcoa 63-47 in the opening round, then fell hard to Hamilton, 81-36.

“That was one game where nothing, and I mean nothing, went our way,” LA coach Jimmy Miller would explain. “We were much better all season, but when we had that down day, unfortunately it came here (Murfreesboro).”

Let there be no mistake, Livingston Academy has a basketball history that takes a back seat to no one. Over the years, the Lady Cats have made it to the state championships 18 times, won four times (last championship was 2004), and have a 28-14 record in Murfreesboro. For the boys, the Wildcats have reached the state championship level 15 times, have a 6-14 record. Their last appearance was in 2018.

Currently, basketball programs, girls and boys, are having to work their way back up after riding on top for so long then falling in the pattern. Why the decline? There’s no solid answer, but a lot of “possibilities”. Several years back, the school board made some changes in the practice and tournament time in the middle schools and that could be one. One that carries a lot of merit is kids have more to do today than commit so much time and effort to basketball.

It was fun remembering the past and now let’s look forward to “next” year. There’re some good players coming up through the middle schools that will help each program and regardless whether LA returns to be the power it once was or not, remember it’s not a matter of life and death, it’s basketball, and win or lose, let’s root for our team, support the players and be proud of their efforts.

And if we left somebody out of all this, accept my apologies right now. It wasn’t intentional, but trying to keep all this straight was a major undertaking for me and I did the best I could, but one thing that makes this harder than it should be is basketball takes two years to make one season, and if you don’t think that’s confusion, try it once.