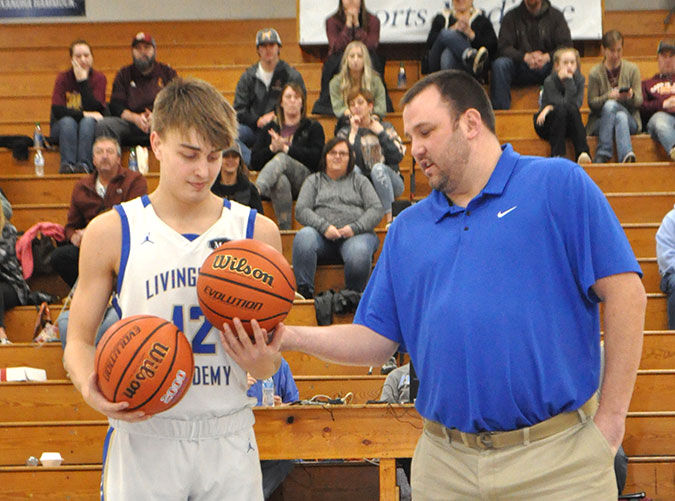 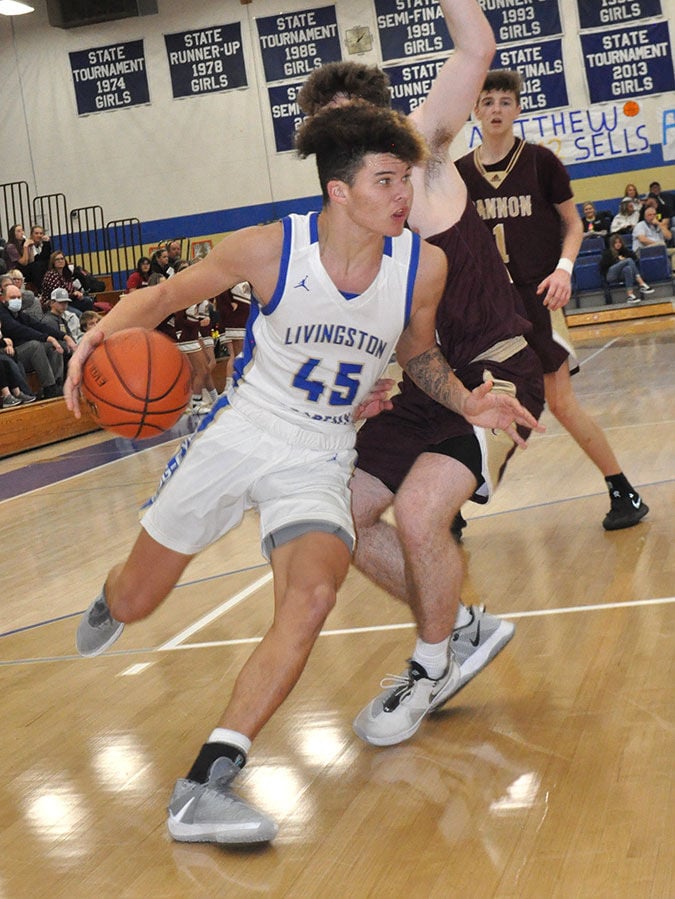 A fan was looking up at the list of 1,000-point scorers on the wall at the Livingston Academy gym one night last week when principal Richard Melton walked by.

Melton was referring to his standing on the list. In 1993, Melton became the first LA player to surpass the 2,000-point mark, then went on to set the school scoring mark at 2,250. Sixteen years later, one of Melton’s players, Chase Dunn, moved him down a notch when he zoomed to 2,508 points.

Both marks appeared, at the time they were made, pretty secure, but last week senior Matthew Sells passed both and moved to the top of the class with a pair of free throws at York Institute on Tuesday night. After Thursday’s final regular season game for the Wildcats, Sells now has 2,543 and a couple playoff games to go to add to the total.

“It was a hard climb,” the soft-spoken senior commented later. “I know I worked very hard to get to the top and had a lot of fine teammates who helped me along the way. I guess I just had to get ahead of my sisters who also have their names up there,” he chuckled, “but seriously, it’s an honor and I will always remember it.”

Sells does have a pair of sisters on the list, Mackenzie with 1,652 career points and Marlee with 1,320 career points. Mackenzie also was named “Miss Basketball” in Tennessee in 2011.

All season long, the one big question was: could Matthew break the record? When the season got underway back in mid-November, a bigger question was would there be a season at all? The COVID-19 pandemic had thrown all sporting events in a questionable state, and suddenly dates and games where changed, deleted, or postponed.

Sells started the season with 1,978 points, needing 530 to catch Dunn. Under normal circumstances, it would have been a “stroll in the park”, but as it turned out, a couple bad nights, at least two cancellations, and a couple missed games in Christmas tournaments made the chase a nail-biter.

As it turned out, the Wildcats did manage to get in 25 games in the regular season and Sells needed to average 22 points per game to reach the goal. When it was all said and done, Sells averaged lightly over 22 points per game. Three games with less than 10 points slowed the pace, but one game of 47, only two short of the single game mark of 49, made up some distance.

And while Sells was setting the new record, there were two big games to be played to see just where the Wildcats would end the season and their spot in the playoff bracket.

First on the list was the always tough trip to Jamestown to take on York Institute. In a game that went into overtime and was decided by a single point, Sells brought the crowd alive with 30 points, got outstanding help from Eli Melton and 18 points and 10 from Isaac Story, but the Wildcats fell 73-72.

“That was the most fun game of the season,” LA head coach Jimmy Miller later pointed out. “That was real basketball. Both teams played outstanding, the crowd was into it, and the gym was reeling with noise. Of course you wanted to win, but you knew going into the game somebody was going to lose. In those games, you don’t always consider it a loss.”

Then, with 5:11 remaining in the third quarter, Sells drew a foul, walked to the line and made the first one to tie the record at 2,508, then added the second to break it.

“That took off a lot of pressure,” he later said. “Normally, I never think about that stuff, just trying to help the team win, but that was a little different and I’m just glad it turned out like it did.”

A critical layup by Nate Carwile with seven seconds remaining on the clock tied the game at 63 and sent it to overtime. In the overtime, neither team could get more than two points away from the other until Nick Choate grabbed a rebound and put it back in. He added a free throw and it looked like LA had it won at 72-69. York responded with a three-point shot, then won the game on a free throw with three tenths of a seconds remaining.

Thursday night, the Wildcats hosted Cannon County on Senior Night and managed to hold off the Lions in a close game all night, 60-55. Sells had 19 points in that game while Bryson Tucker added 8, Carwile and Melton had 7 each, and Hunter Coffman and Isaac Story both added 6. Livingston ended the regular season with a 15-10 overall record and a 10-4 district mark.

Livingston’s next game is scheduled for Thursday night at home in the second round of the district tournament hosting the winner of the DeKalb-Smith County game. Game time is 7 p.m.