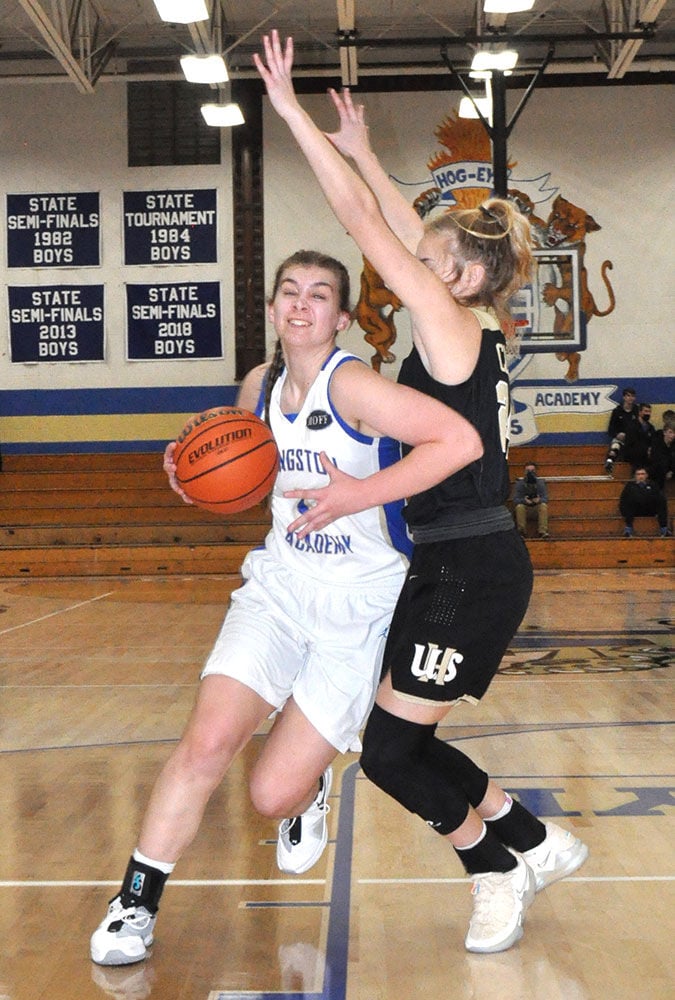 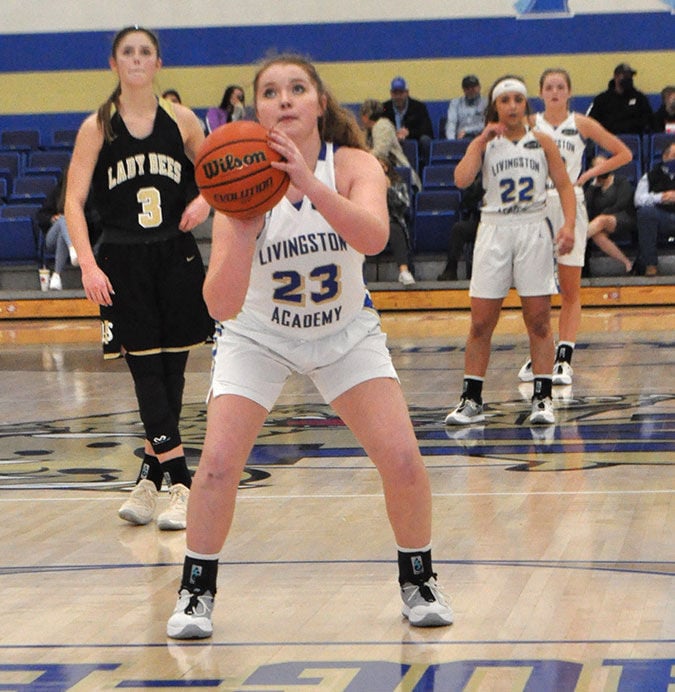 Hannah Westmoreland concentrates on a free throw against Upperman.

Hannah Westmoreland concentrates on a free throw against Upperman.

“To say the least, when we were told today (Friday morning) that our game at Macon County was postponed, we were extremely disappointed, “ pointed out Livingston Academy Lady Wildcats coach Lesley Riddle. “We had a really good win at Pickett County on Monday, then just got crushed by Upperman on Tuesday, and the players were ready to get back on the floor and show they were still a good team.”

Coach Riddle felt just like her players in that after the loss to Upperman, she wanted them to have the chance to show they were much better than the 52-33 loss to the very powerful Lady Bees last Tuesday at home in a game that had been postponed back in early December.

And not only did the Lady Cats not get to play Friday at Macon County, it will be at least Thursday, Jan. 21, before they can even think of playing again since several players have been exposed to the coronavirus.

“As soon as we can, we’ll play,” Coach Riddle continued. “We may have to play every night to make up the season, but like I told the players, you had rather play than practice anyway.”

For the two games the Lady Cats did play last week, it was a high high and a low low. On Monday night, Livingston traveled to Pickett County, a place that hasn’t been kind to them in numerous years and won, making a sweep of the Lady Bobcats for the first time since about 2013-14.

Returning home on Tuesday, Jan. 5, for the make-up game with Upperman, it was a very disappointing game to say the least. In the very first quarter, Upperman, sporting one of its finest teams in years, jumped out on top 3-0, but a field goal by Alexis Phipps and two more by Aleah Melton knotted the score at 6 and things were looking up.

Then the roof fell in. A three-pointer by the Lady Bees at the buzzer sent the visitors to a 16-8 lead, but some good defense by both teams in the second frame limited the score to 22-12 at intermission.

When third period action started, Livingston found itself trailing by only 10, but four quick three-pointers by Upperman and the game started going south in a hurry.

Hailey Cronk and Mallie Coleman produced four points for LA while a pair of free throws from Hannah Westmoreland added two more, and a field goal by Melton at the close of the frame produced only 8 points. Upperman, on the other hand, scored 22.

“I could never find the range tonight,” Webb confessed after several games where her three-pointers had been significant. “I think we were a little intimidated as well, and it all spelled a bad game for us. We’ll pull it back together though.”

“I’m disappointed the way we played, “Melton added. “After the way we played Monday (at Pickett County), we really thought we were prepared. Give Upperman credit, they are a good team and they played extremely well.”

“This is a good team,” Upperman veteran coach Dana McWilliams pointed out. “They play so well together, and it really doesn’t matter who I put out there, they work right in with whoever is on the court and we move on. This is a very smooth team, one of the best I’ve had in a long, long time. And despite the score, Livingston is better and will get better. Next time just might not be so easy.”

For her overall thoughts, coach Riddle said, “We were ready to play, but that just didn’t happen. We had worked very hard, but for some reason, we let Upperman get to us mentally as well as physically, and that was that.

On the night, Melton had 10 total points, Webb had 8, Cronk was good for 6, Westmoreland, Coleman, and Ledbetter each had 2, and Qualls had 1.

Upperman moved its record to 15-0 while the loss left Livingston at 9-4.