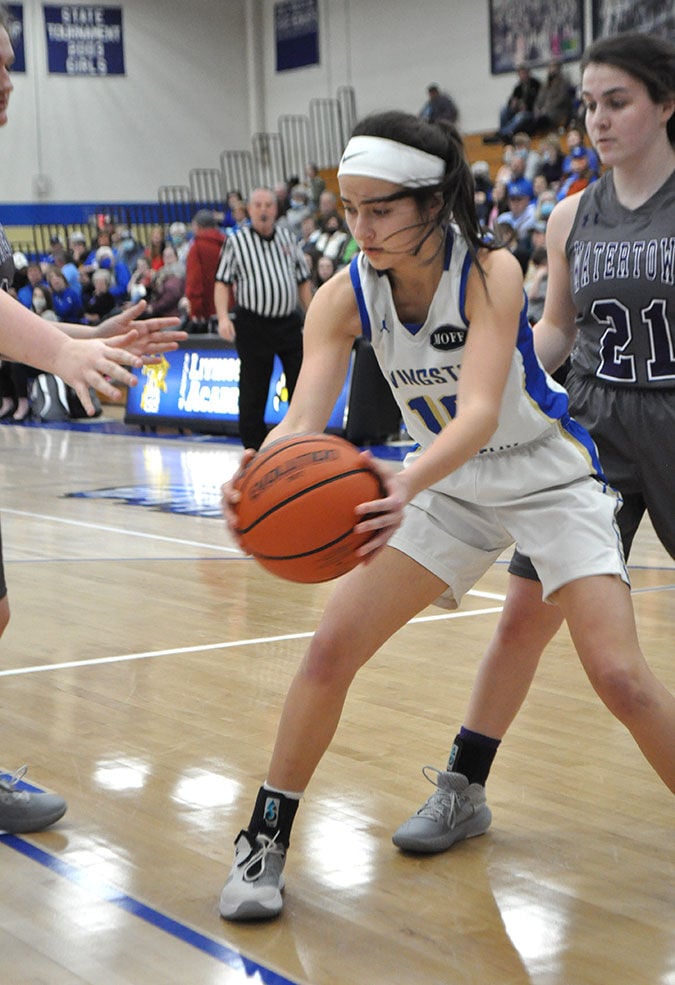 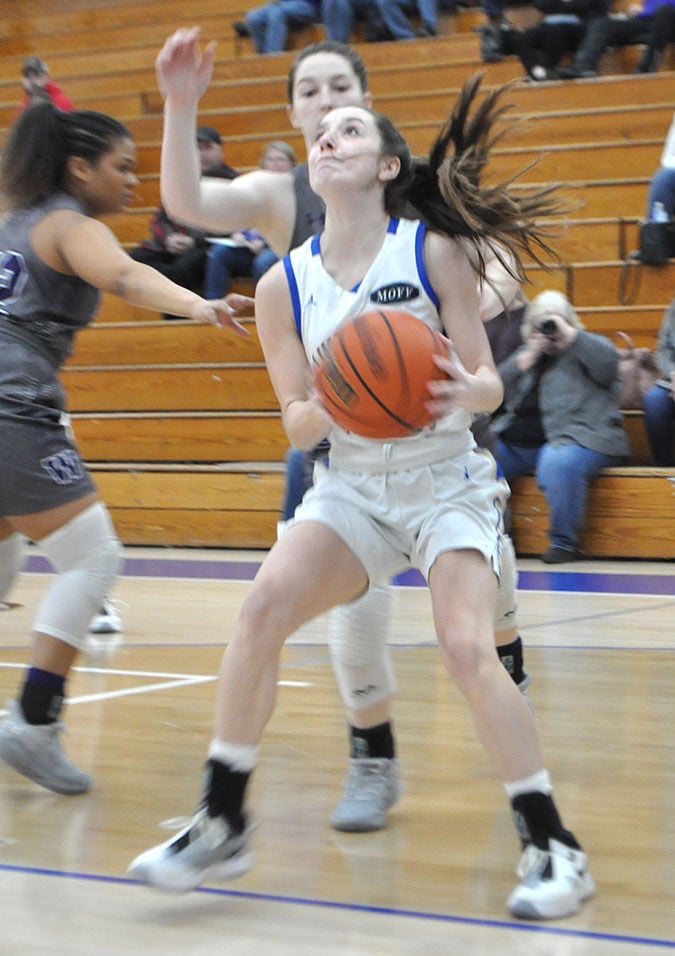 LA’s Keaton Webb looks for 2 of her 10 points against Watertown.

LA’s Keaton Webb looks for 2 of her 10 points against Watertown.

Despite having over 600 wins in her back pocket, Livingston Academy head basketball coach Lesley Riddle still gets a “little” nervous before some games.

“I don’t get nervous before most regular season games,” Riddle admitted shortly before Monday night’s second round district game with Watertown, “but on a game like this, I do. This time of the season, if you lose, you go home, and with teenagers, you don’t always know what to expect.”

If Riddle was a little nervous before the game, it didn’t take long for her to settle back and enjoy what was going on for the next 30 minutes, In perhaps their finest performance thus far this season, the Lady Wildcats were more than ready to take on the Tigerettes, racing out to a commanding 15-5 quick lead, moving it to 22-5 at the end of the first quarter, then taking complete command, offensively and defensively, to post a convincing 64-40 win and assure themselves of at least three more games.

In the two meetings between the teams during the regular season, Livingston won both, but one by 5 points and one by 6. Before it started, the game had the makings of a barnburner. It turned out to be one of the Lady Wildcats finest games in at least four years.

“I was a freshman the last time we went to the regional tournament,” senior Hailey Cronk pointed out, “and tonight I think that fact was on a lot of our minds. We came out determined to get the game out of reach as early as we could, and we did just that. It was a fun game, to say the least.”

It didn’t take long for the action to heat up as the coach for the Tigerettes was hit with a technical. It was the first foul of the game and kind of set the stage for things to come. Moments before the technical, Cronk put the Lady Cats out front with an opening three-pointer, then Keaton Webb added a field goal as did Allie Qualls. A pair of free throws from Cronk moved LA out to a 9-0 lead, then Aleah Melton nailed a three-pointer for a 12-0 run.

Alexis Phipps made the last Livingston field goal before Watertown finally got on the board with a pair of free throws, but to keep things rolling, Webb hit a three-pointer, Qualls made a free throw, and Cronk slammed the door on any hopes the visitors might have had with a three-pointer at the buzzer.

“We came ready to play,” Qualls would later point out, “and we were anxious to play. I’m not sure we expected to play as well as we did, but once we got rolling, it was just plain fun.”

Good news was they didn’t need more. With the game pretty much in hand at the half with LA leading 45-12, Riddle had a chance to go to her bench and give the starters some rest for tonight’s district game with powerful Upperman.

When the night was over, Qualls would hit for 5 and Hannah Westmoreland would acquire 3. The remaining points would come from the bench with Halle Ledbetter dropping in 4, Mallie Coleman and Phipps each adding 2, with Kaylee Asberry and Lilly Bates scoring 3 each, and Leah Clark rounding out the scoring with 1.

“I thought we had one of our best games of the season,” Melton would say. “I thought our defense was really good all night, and the offense scored without much trouble, and the combination was pretty much a complete game. Now we have to get ready for Upperman tomorrow night, and they are so good, but we have a good feeling about what we can do. Macon County beat them and we beat Macon, so we will need a super effort, kinda like tonight, but we feel we can make it happen.”

Livingston will enter tonight’s game with a fine 20-7 overall record and an 11-4 district mark. Watertown finished the season at 18-10 overall and 6-9 in the district.