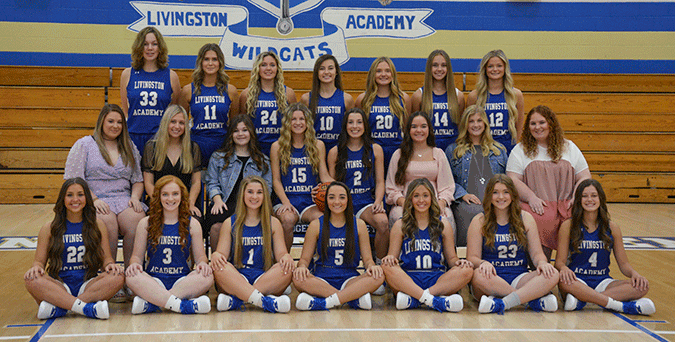 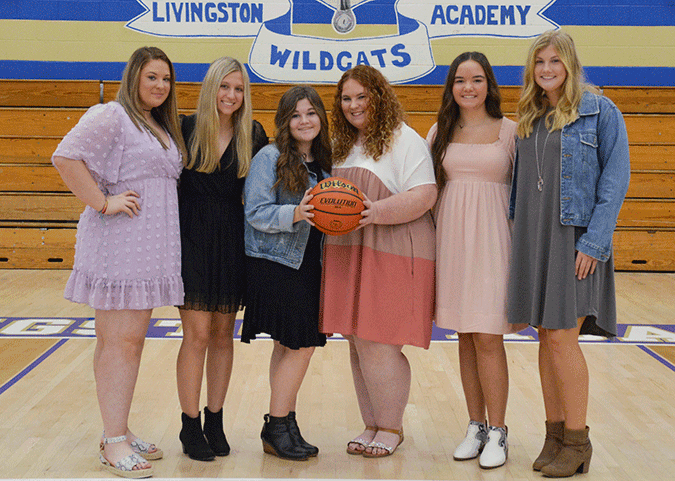 Being a competitor and a winner, Livingston Academy head girls basketball coach Lesley Riddle has numerous goals for her team at the outset of every season. Some are the same as years past, and some are new or different, according to the team, but one that has been consistent from the very beginning is when the seniors graduate, they will have won 100 games.

It was something she picked up long before she became a coach, and has used it as a mark of success.

“It’s something I picked up a long time ago and thought it was a good goal for each class. We did it a lot several years back, but haven’t done it much here lately,” the coach pointed out. “I do think this year’s sophomore class has a very good shot at doing it.”

And when she says it, there’s more in the smile and voice than there has been in the past couple seasons. If the beam across the coach’s face says anything it says: “Let’s go, we’re ready.”

“I can’t deny it,” the coach continued, “I’m really looking forward to this season as much as I’ve looked forward in a couple years. The players are excited, they played very strong and united all summer, we beat some really good teams, 4A schools, and now it’s time to play.”

Actually, the move up started last season when the Lady Cats turned around three losing seasons and posted a respectable 20-10 record that says nothing about the 14 and 15 straight days of playing due to the pandemic. When it was over, Livingston was 19-7 overall in the regular season, 10-4 in the district, and tied for third place.

It was a long way from the 9-22 record of three short seasons before.

“We could see it coming and it just couldn’t get here fast enough,” Riddle continued. “There were some very talented players coming up through the middle school’s programs and when they got here, they fit right in almost immediately.

“You have to bring along good players every year, and now we have a very solid base. We’ve got several seniors who have been through the good and bad and know how to not only handle that, but how to take over leadership, and we’re excited to play.”

Heading up this year’s team will be seniors Keaton Webb, Alexis Phipps, Allie Qualls, and Leah Kate Clark. All four have played a big role in LA advancement over the past three seasons and all four have talent and leadership ability.”

“I’m pleased with all four of those players,” Riddle continued. “In summer play, they were key to our success. All four can shoot the outside ball, and none of them mind going inside when needed and get a little physical. The way they play will be vital to any success we have, and I don’t worry they won’t get the job done.”

Another factor this season will be height, something Livingston hasn’t seen in a while. Sophomore Lilly Bates at well over 6 feet has shed here freshman jitters and is gaining confidence with every outing. Halle Ledbetter at 5-11 will also put some height under the basket, plus when Ledbetter finds the range, she can shoot.

Qualls and sophomore Mallie Coleman will get the call to handle the movement of the ball up court and then things will be left up to junior Aleah Melton. Melton has been the key to most of the team’s success, both with her rebounding and inside shooting.

“Aleah has been a world of difference for us,” the coach continued. “She’s learned to score inside and also how to block out, take rebounds, and find her teammates moving in the other direction. She just gets better and better.”

Sitting in the wings are several freshmen who could come on and really put solid strength in this year’s program.

Heading the list could be Ellie Butler, a player Riddle calls “one of the best I’ve seen in a while”, and Keely Mullins, “who is big and strong and could be a factor inside”.

So who will get the starting role come opening night in mid-November.

“You know how I do,” the coach continued. “We start five, replace them with five more, then start working players in with different teammates to try and find the right combination. We’ll do that again. After those first nine or ten starters, Bailey Allred has experience along with Tessa Hargis, Hannah Westmorland, and Matea Dailey. We’ll keep fresh legs on the court as much as we can.”

The schedule is a little different this time out since several teams were moved from the long-standing District 8, 2A. This year the district is 7-3A in Region 4, and is made up with Cumberland County, Stone Memorial, White County, Baxter, Macon County, and DeKalb County. Gone are Cannon County, Smith County, and Watertown.

“That’s a strong district with the defending state champs (Macon County), always tough Upperman, and White County will also be really good,” Riddle added. “We will have to avoid injuries and really use our heads. This is a talented team, and it’s an intelligent team. If we play to our ability and avoid early season mistakes, we can get off to a good start and keep rolling. I’m looking forward to it.”

Coach Riddle will again have Billy Sells and Abby Jolly along with Jaylee Hall as assistants, and Dale King will once again be the official bus driver.