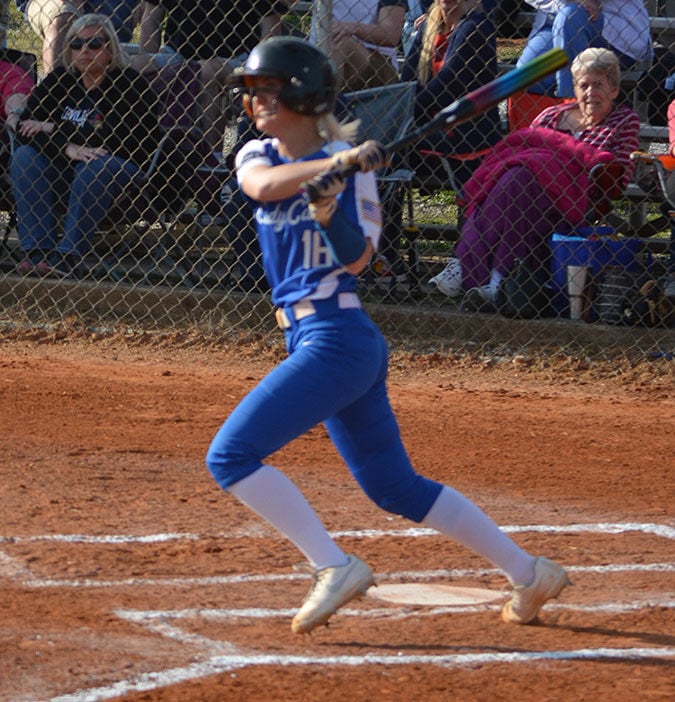 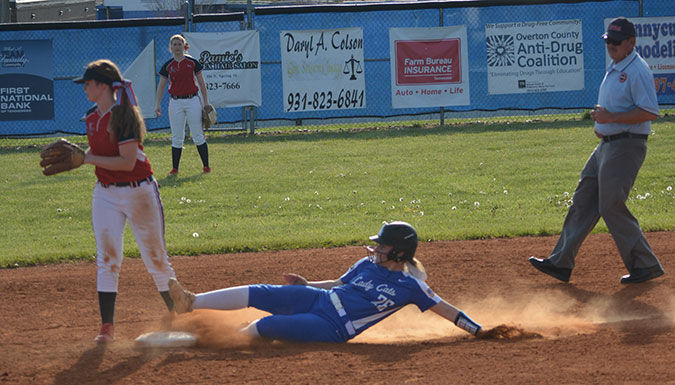 Back in the 2019-20 basketball season, it was one game a night for almost two weeks due to the pandemic. The same has just about occurred for the Livingston Academy softball team as the Lady Cats played six games last week, one on Monday and five over the weekend. This time weather played a role as well as a two-day tournament in Cookeville.

When the dust settled Saturday night, the Lady Cats had won two and dropped four, bringing their season record to 3-9.

Last week’s games were all played on the road and when action is back underway this week, two will be at home and one on the road.

“We’re still trying to figure ourselves out” assistant coach Misty Garrett explained when the action came to a close. “We have some strong points, but right now we’re making mistakes that have really hurt our overall efforts. Softball is a lot like basketball though, losing games during the regular season can help you find where you need work, because it all comes down to tournament time. Then the losses really can put a stop to your season.”

On Monday, March 29, Livingston traveled to Sparta to take on White County. The outcome was never in doubt as the Warriorettes took a 2-0 first inning lead and added three more in the fourth for a 5-0 win. Livingston collected four hits and committed three costly errors.

Jordan Key, Brylee Abbott, and Emma Dulworth were LA’s only hitters as each got one hit. Leah Clark was the losing pitcher, going three innings and giving up all five runs and seven hits. Sabrina Garrett and Key each saw action from the pitcher’s circle.

On Friday, Livingston joined several other teams in the Upper Cumberland Tournament played at Cane Creek in Cookeville. In their first contest, the Lady Cats went up against Portland and fell 5-3. Portland scored one run in the first, added one in the third, two more in the fourth, and a deciding run in the fifth. Livingston had two in the second and one in the fifth. Portland outhit LA 7-2. One bright spot for the Lady Cats was they committed no errors. Clark and Addie Brown were the only LA hitters while Key, Jazlyn Flowers, and Clark each scored a run.

Garrett went four innings in the pitcher’s circle and was credited with the loss. Key pitched one inning.

In a second game on Friday, Livingston took on Moore High School and dropped an 8-2 decision. Key and Clark combined for the loss, giving up eight runs on 10 hits while Livingston only collected four hits for its two runs. Key and Sydney Moffitt were the only LA hitters.

Saturday, the tournament resumed and things started looking up for the Lady Cats.

Against Middlesboro High School, Livingston came out on top 9-4 using only four hits, but using them wisely and also collecting seven walks. Key pitched the entire game for the win, giving up only four runs and spreading eight hits. Key, Jena Harris, Moffitt, and Dulworth each had one hit, but both Moffitt and Dulworth drove in a pair of runs.

Then it was Portland again and this time the Panthers fell behind 2-0 in the first inning, but came back with three runs in the third and one in the fourth for a 4-2 win. Garrett pitched the entire game and got credit for the setback. Abbott had both LA hits and each team committed three errors.

Finishing off the three-game day was a contest between Livingston and Jackson County. This time, LA flexed its hitting muscles and roared to an 18-0 win in just three innings. Livingston hammered in nine hits while holding Jackson County to only one hit. Clark pitched the entire game for LA and was credited with the win.

At the plate, Seven players collected hits with Abbott and Flowers each getting 2 and Jena Harris, Abby Stevens, Brown, Ashton Jenkins, and Clark all getting one.

Monday night Livingston hosted Cookeville and will welcome Cannon County today, Tuesday, April 6 before going back on the road to Macon County on Thursday.

When the Wildcats returned to the field on Monday, things didn’t get any better. As a matter of fact, it turned out to be the worst loss of the current season when Cookeville visited the LA field.

The Lady Cavaliers got on the board early with three runs, added four more in the second with a grand slam home run then poured it on in the third and fourth innings with five runs in each. In posting the 17 runs, Cookeville used a 15-hit attack and did not commit a single error.

On the other hand, what has been a very weak hitting season so far got even worse as the Lady Cats posted only one hit, a double by Brylee Abbott in the second frame.

Livingston started Leah Clark on the pitcher’s circle and she went two innings, giving up six hits and seven runs. Sabrina Garrett came on in relief and gave up nine hits and 10 runs.