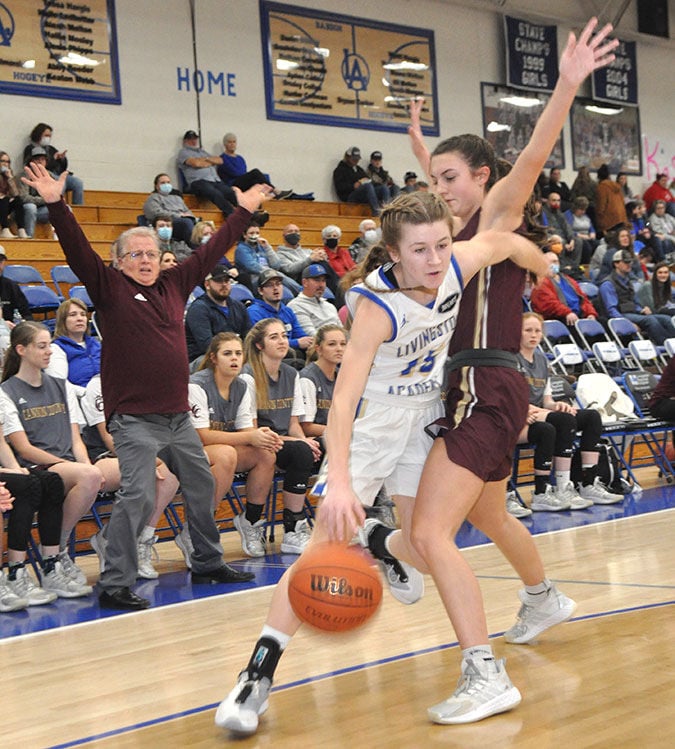 Allie Qualls pushes aside a Cannon County player as she takes the ball inside. 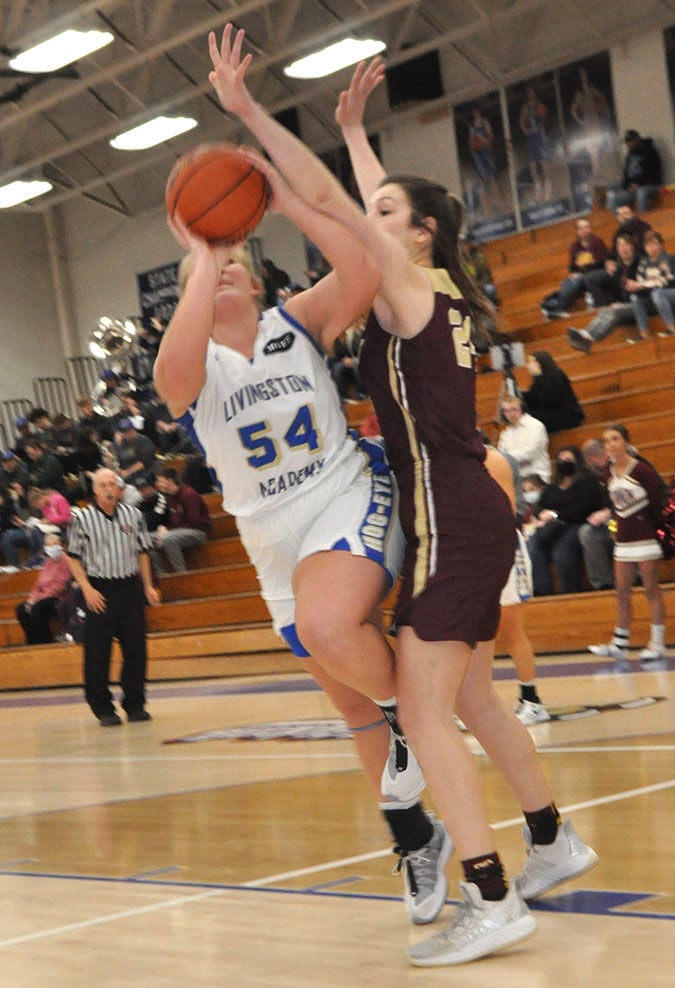 Abby Reeder, #54, goes up for her first points of the night against Cannon County. 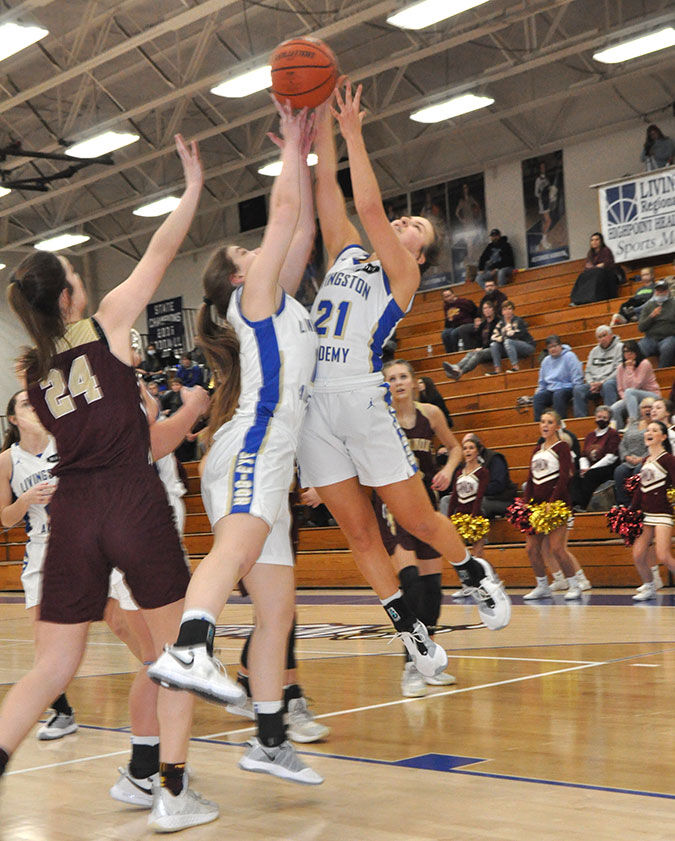 Hailey Cronk and Kaylee Asberry battle for a rebound in Friday’s game.

Allie Qualls pushes aside a Cannon County player as she takes the ball inside.

Abby Reeder, #54, goes up for her first points of the night against Cannon County.

Hailey Cronk and Kaylee Asberry battle for a rebound in Friday’s game.

When the regular season ended last week with a pair of district games that determined the pairings for this week’s tournament, there were two groups of happy people: the coaches and assistants, and a very tired group of players.

“This has been a very different season, and it was both mentally and physically tiring and I’m glad it’s over, and now it’s tournament time,” junior Keaton Webb explained last Thursday night following the final regular season game with Cannon County.

Looking back, way back, the season got underway in mid-November in the opening Hall of Fame tournament at Clarkrange, then it went on a while, then stopped for a long time. Then games were canceled, other games were postponed, and for the better part of a month, nothing happened.

On January 22, action returned in full force with the entire remaining schedule, which consisted of only district games, packed into two weeks. Livingston rattled off seven games in nine days in the first series then finished off the make-up schedule with four games in seven days that included a snow day.

“I think these players thought that this would probably be fun at first,” Livingston head coach Lesley Riddle explained, “but once we started playing every night, the fun wore off in a hurry, and in that stretch, exhaustion finally settled in. I will say, despite being worn out, the players stayed in there, battled down to the wire every night, and won 8 out of 11. That’s pretty good.”

After losing the first game of that long stretch to the state’s number one AA team, Upperman, the Lady Wildcats rolled off a pair of wins then went to Macon County and discovered they were as good as most all of the other teams. Macon, a state finalist last year, ripped off 18 first quarter points to lead 18-3 early, then Livingston “won” the rest of the game and fell by seven.

“That gave us confidence,” Alexis Phipps would explain. “When they came to our place, we were ready and beat them pretty good (61-44) and beat York the very next night. That stretch was very tough, but I really think we discovered ourselves as a team. I know we’re better for it.”

At that point, the Lady Cats needed to win their final two regular season games to tie for second place in the district, but as it turned out, that didn’t happen, plus Macon County upended Upperman to give the Lady Tigers sole possession of second place.

Livingston would go on to lose to York on the road then return home on Senior Night to topple Cannon, 58-46.

At York, the game got off to a slow start and it stayed that way all night with the Lady Dragons taking a 38-28 decision. The Lady Cats did have a shot in the fourth quarter to tie the game, but missed a shot that York turned into a field goal on the other end, then ran off the next eight points.

Aleah Melton was Livingston’s leading scorer with 8 points followed by Webb with 6, Phipps and Hailey Cronk with 4 each, and Hannah Westmoreland and Halle Ledbetter with 2 each.

In Thursday’s win over Cannon, Livingston got off to a very slow start, trailing 14-10 after the first quarter and 28-24 at the intermission.

“Coach had a pretty straightforward talk to us at the half,” Leah Kate Clark explained, “and we changed a few things and got our act together. It wasn’t one of our better games, but we won.”

This time out, Melton was a scoring machine and without her 25 points the outcome could have been much different. Phipps had her best scoring game of the season with 10 points, Webb added 9, Cronk had 5, Allie Qualls hit for 4, Abby Reeder and Westmoreland had 2 each, and Kaylee Asberry had 1.

Livingston finished the regular season in a tie for third place with York and by virtue of a coin toss will take on the winner of the Watertown-Cannon County game at home. The game was set for Wednesday at 7 p.m. but will likely be rescheduled due to weather backing up the games.