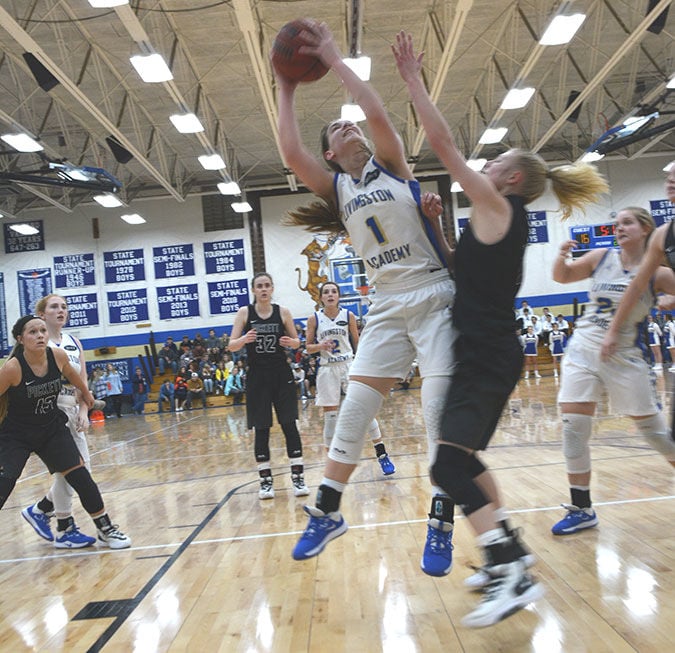 Hailey Cronk battles back for a shot inside against Pickett County. 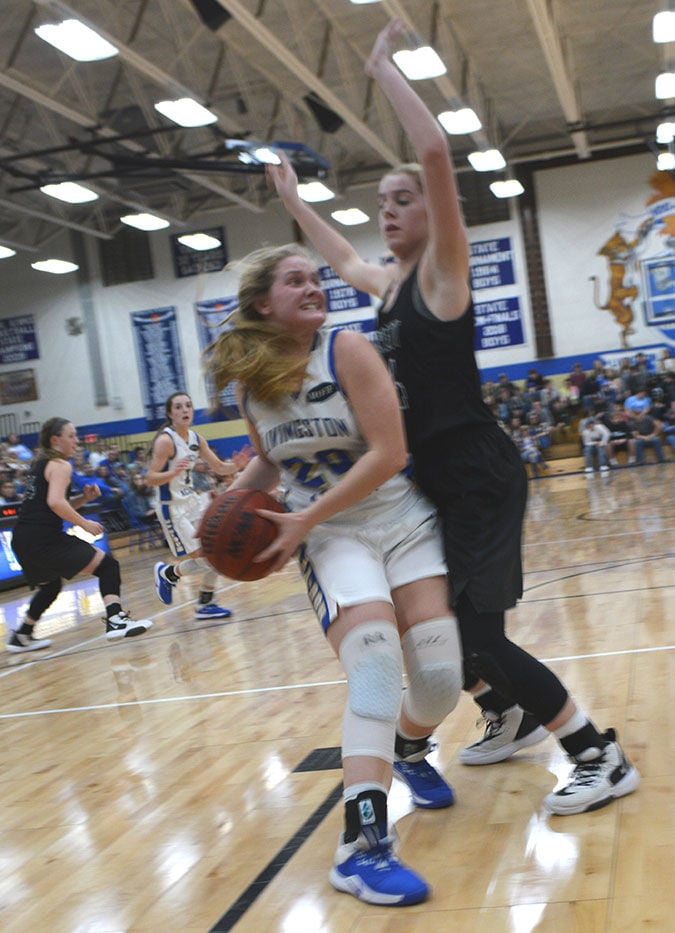 Hailey Cronk battles back for a shot inside against Pickett County.

It might be a little hard to believe, but the last time the Livingston Academy girls defeated Pickett County was in November of 2014. That night the Lady Cats toppled the Lady Bobcats 72-56, but since then, it has been 10 straight Pickett County wins, and it wasn’t any different last Friday night.

Before the largest home crowd of the season, Pickett County rolled into Derward Vaughn gym sporting a fine 13-1 record, held Livingston to a mere two points in the first quarter, then simply outplayed the Lady Wildcats in just about every phase of the game to take a convincing 41-35 win back across Dale Hollow Lake.

“We couldn’t do anything in that first quarter, or even the first half,” Livingston’s Alexis Phipps pointed out after the game. “If we had fallen off a boat in Dale Hollow, we wouldn’t have gotten wet.”

A different way of explaining it, granted, but Phipps’ words were as close as it would get to describing how the Lady Cats fared in the first half of the game. Nothing, as hard as they would try, got in the net for Livingston. During the period, the Lady Cats got more than their share of turnovers, rebounds, and foul calls, but at the end of the first eight minutes of play, Pickett County had taken a commanding 13-2 lead.

In the first quarter, Hailey Cronk got Livingston’s only points, a field goal with 3:30 remaining in the period.

“Our defense wasn’t good, we made so many dumb mistakes, didn’t react on missed shots, nothing,” Phipps added about the first quarter of the game. “We’ve got to correct all of that and we have got to correct it quickly because we’re in the district starting next week, when every game counts.”

“We simply got outhustled,” Keaton Webb simply put it.

“They were aggressive in the first half and we weren’t,” LA head coach Lesley Riddle explained. “We did a better job in the second half, but we still lost and we have got to get in a frame of mind that we won’t accept that. We can’t accept losing. If we do, then we will lose.”

Webb, Melton, Allie Qualls, and Suzanna Hayes all put up points to continue the LA charge, and with only seconds remaining in the third frame, Melton dropped in a baseline goal that left the Lady Cats only one point behind, 24-23, going to the final eight minutes.

But as earlier, things changed for the worse for Livingston, and Pickett County, in the late going, simply walked away with the win.

“We don’t make excuses,” Riddle added, “but down the stretch, I really think missing Hannah Hammons really hurt us.”

Hammons is sidelined with a knee injury.

“Inside, she really would have helped us and at certain points in the game, we really missed the outside shooting Emily (Gean).”

Gean is out for the season with a knee injury.

Webb led LA in scoring with 12 points while Melton added 9, Cronk 8, Qualls and Clark with 2 each, and Hayes and Anna Beth Colson each with one.

Livingston took an 8-8 record to Warren County on Monday, then will return home to host powerful Macon County on Friday.