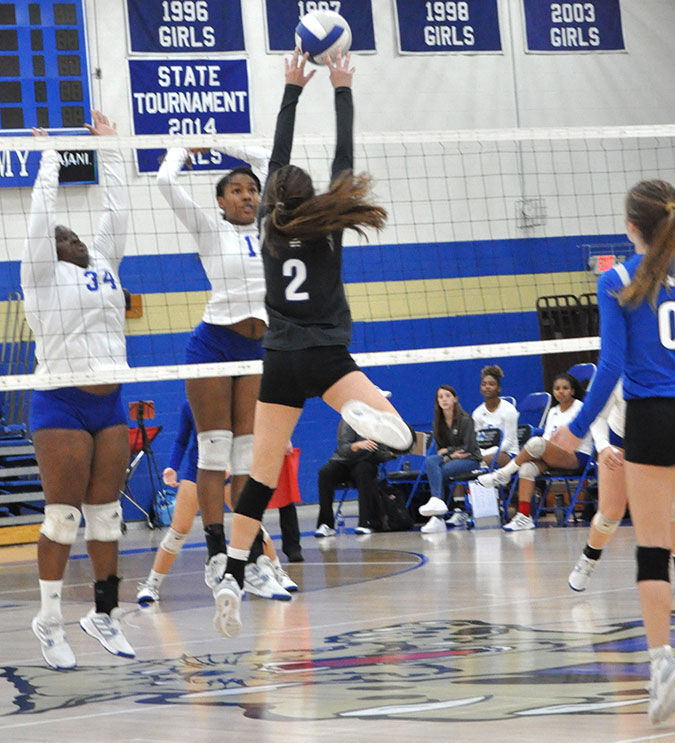 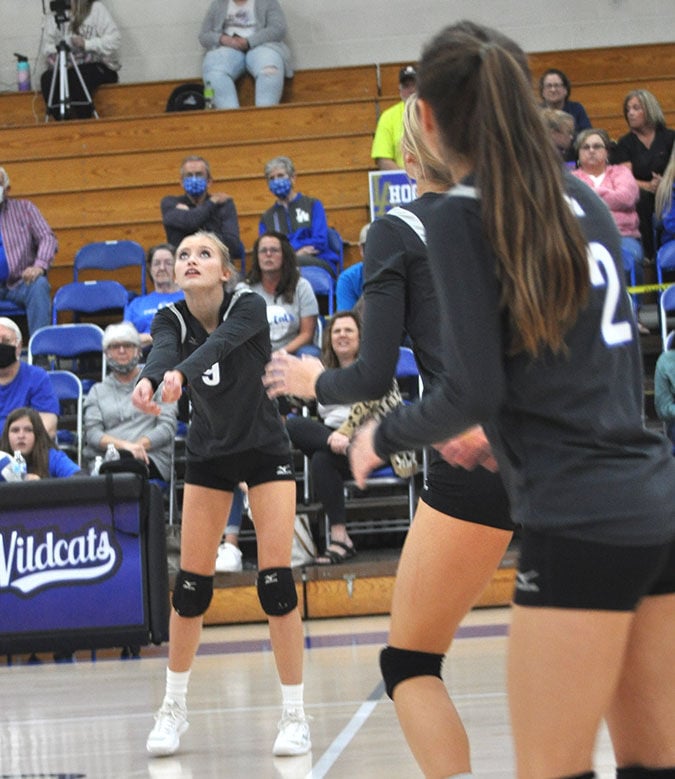 There was some bad news and some good news last Thursday night following the opening round of the sub-state volleyball tournament at East Hamilton High School near Chattanooga.

First the bad news, and it was pretty bad. After an undefeated regular season and district tournament action, the Livingston Academy girls dropped a 3-1 decision to East Hamilton that ended their fine season at 17-2. East Hamilton will advance to the state tournament next week.

“It’s hard to take right now,” a disappointed LA coach Christie Jenkins said Friday. “I feel badly for this team, but at the same time, I’m so proud of all they accomplished this season. This team didn’t lose a single game during the regular season, and also in the district playoffs, and that in itself is something to cheer about. I guess you know the old saying of you can’t win ’em all, and while you are undefeated, you are always wondering when that loss will come.

“It came in the regional tournament at our place (Livingston Academy) when we won the first two games then lost three straight to a very good Signal Mountain team,” the coach added. “Then we came down here and lost in four games. There’s another old saying that the further along you go in a tournament, the tougher it gets, because at this point, there are no bad teams left, only good ones”.

When the regional tournament got underway last Tuesday at Livingston, it was a rerun of last year’s event where the Lady Cats defeated both Red Bank and Signal Mountain at Red Bank.

This year, Livingston faced Red Bank in the opening game and Stone Memorial faced off against Signal Mountain.

Livingston had little trouble with Red Bank, winning in three straight while Stone fell in five games after both teams had won two games each. In the tie-breaker, Signal Mountain won 15-11.

That combination set up the Livingston-Signal Mountain face-off, and after two straight wins by the Lady Cats, it looked as if Livingston would be going to the sub-state as a winner and hosting the event.

Then things turned around dramatically. After taking a 26-24 win then a 25-17 victory, the Lady Cats hit a dry spell that would last for three games. Signal Mountain won the third game 25-21 and were dominant in the fourth, 25-12. In the tie-breaker, the Lady Eagles nailed down the event in 15-13 style.

“We just quit hitting the ball,” Coach Jenkins would explain. “I don’t have a clue as to why, but all of a sudden, everything we hit went in the wrong direction. Give Signal Mountain credit, they never quit, and that’s a good example of why you go as hard as you can until it’s all over.

“Losing that game didn’t end the season,” the coach added, “but it could change other things.”

It did. On Thursday night, Livingston Academy traveled to East Hamilton to face the host team and saw its season end in four games. East won the first game 25-16, the second 25-18, and the fourth 25-21. Livingston won the third game, 25-17.

There was some good news when it was over and that was it’s a strong bet that the Lady Cats will be right back here next year. Graduation will only take one starter and two other players who rotate throughout most games. The Lady Cats will be much the same team next fall as the one that posted a 17-2 record this fall.

“That is encouraging,” Jenkins added. “You take this, try to learn and improve, and move on. We have a very good team coming back next year, and our junior varsity has had a very good year, so the future of Livingston Academy volleyball looks really good.”