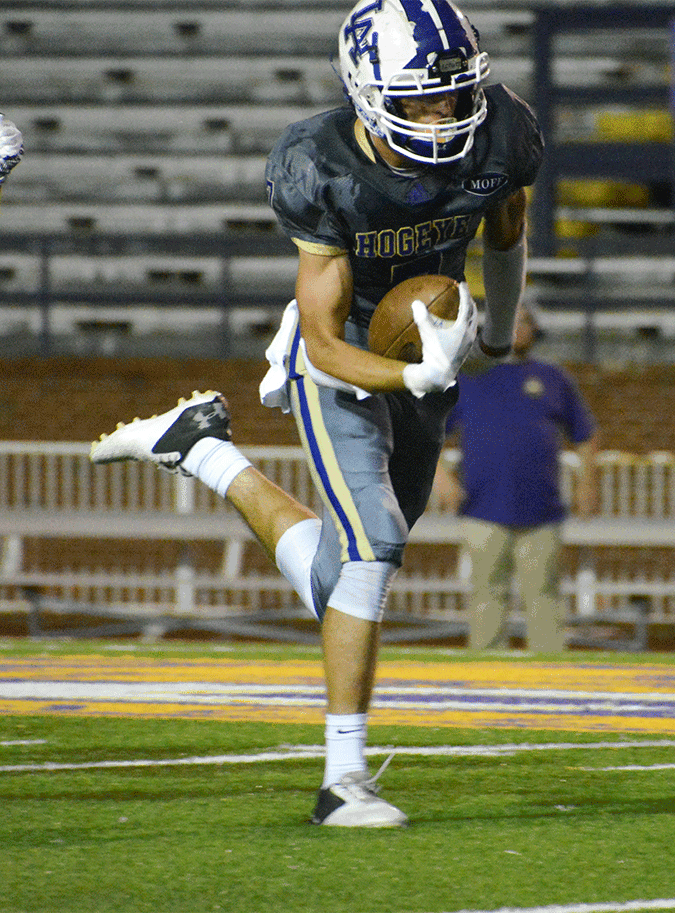 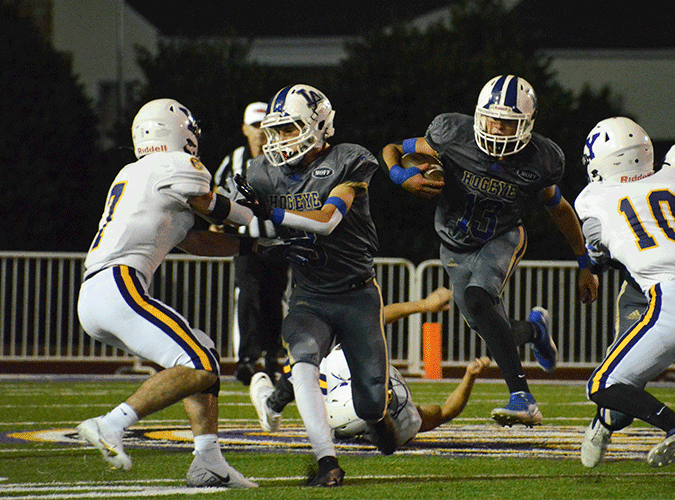 Livingston Academy’s Will Brown, #3, opens a hole for Nathan Cowgill, #13 against York. 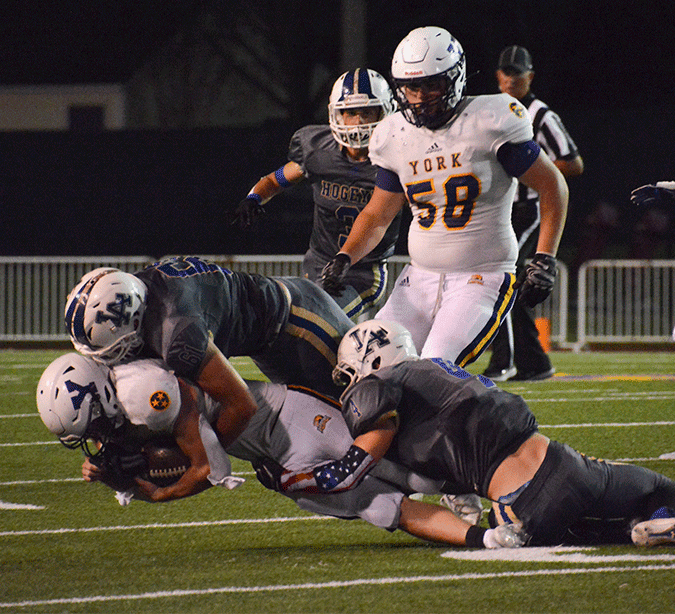 Livingston Academy’s Will Brown, #3, opens a hole for Nathan Cowgill, #13 against York.

Former Livingston Academy head coach Bruce Lamb always had one goal during his 14 years at LA and that was for his team to be better next week than they were last week, and that was usually his comments after each game.

“Were you better tonight than you were last week,” Lamb would challenge his players. “If you were, then you have accomplished something. Always try to be better.”

That’s much the same direction first-year head coach Dale Flatt is taking this season. Flatt inherited a very young and inexperienced team with only three seniors. He knew what the road ahead looked like, and each week he, like his predecessor, is simply looking for improvement.

“I know it might sound strange since we’ve lost our first four games, but I can see improvement every week, and tonight, if we take away that first half, I really thought we played much, much better than in any of our previous games. We’re getting there, one small step at a time.”

Flatt was referring to Livingston’s 35-18 loss to rival York Institute last Thursday night at Overall Field in Tucker Stadium on the campus of Tennessee Tech in Cookeville, the site of all LA home games this season.

“I really thought we played much better tonight, lineman Camron Jackson pointed out after the game. “We didn’t make nearly as many mistakes as we have been making, our defense forced several punts, we intercepted a pass, and we scored several touchdowns. That’s progress. I’m disappointed we didn’t’ win tonight, but I think we saw that we could win if we eliminated mistakes, so we’ll take this and move forwards.”

If there were two things that could be changed to make the outcome better it would be poor tackling and the running game not hitting the holes quick enough.

“We try to grab the heads and feet when we need to hit the waist and knock the runners down,” Coach Flatt continued. “When we look at film this week, it will be one of our top priorities. Much better tackling. Also I think we’ll see our offensive line did open some good holes, but they closed too quick for our runners to get through them. That’s another place we’ll work on.”

“The line did open some good holes, but they closed really quick,” pointed out running back Locklan Hammock. “It was a hard hitting game, I’ll tell you that. I’m sore right now and I’m sure I’ll be sorer tomorrow. I did think things went much better tonight, and I know that’s hard to say when you don’t win, but we’ve improved every game we’ve played this season and I do remember Coach Lamb telling us that our goal is always to improve, and I think we’re reaching that goal.”

The one area that Livingston needs to improve on is falling behind early and never being able to catch up. It happened again Thursday night against the Dragons. The Wildcats won the coin toss and elected to defer to the second half.

Dylan Watson nailed a good kickoff that went to the visitors’ 5 yard line. Senior Marc Mitchell hauled it in, hit the left sideline and outran the entire Wildcat defense for a quick 95-yard opening touchdown. The extra-point kick was good, York led 7-0, and Livingston, although fighting hard the entire game, never overcame the opening shock.

“That’s never good, LA senior Jaden Lawrence pointed out, “but I think we just put it out of our mind and went on. We came right back and scored, which was a big morale booster, and only trailed by one. We were very much in the game at that point.”

It was on the second LA possession that Lawrence broke wide open, pulled in a 25-yard pass from sophomore quarterback Brodey Coffee and the Wildcats were right back in the middle of the action. The PAT was blocked, but at the buzzer ending the first quarter, Livingston was as close as it had been all season, trailing by a single point.

On the first play of the second quarter, Coffee saw his pass intercepted deep in LA territory, and four plays later, the Dragons ran around right end for 26 yards and a score. A 22-yard pass later in the frame put the visitors up 21-6, and it looked as if things could get out of hand.

Then with only seconds remaining in the half, Coffee hit Lawrence on a beautiful pass over the middle. Lawrence then almost outran the defenders, but was caught at the 5. Four plays later, Hammock bulled in with no time left on the clock to put the Cats right back in the game.

As the coach later explained: “We played much better the second half.”

Neither team scored in the third frame, but another Coffee to Lawrence pass early in the fourth quarter closed the gap even closer, and with 11 minutes remaining, Livingston had pulled to within 10, 28-18.

“It’s coming around,” Coffee explained. “My confidence is getting better each game. The line is blocking better, and the receivers are getting open. I have work to do in finding the receivers quicker, but that will come with practice and learning to read defenses. I’m excited.”

The most serious injury of the night came when Brodey’s older brother, Ayden Coffee, a senior, suffered a season-ending broken collar bone. Ayden had played in the Livingston program dating back to the Outlaws, Junior Wildcats, and on to the varsity at LA.

Livingston has another tough assignment this week, traveling to Macon County for a region contest.