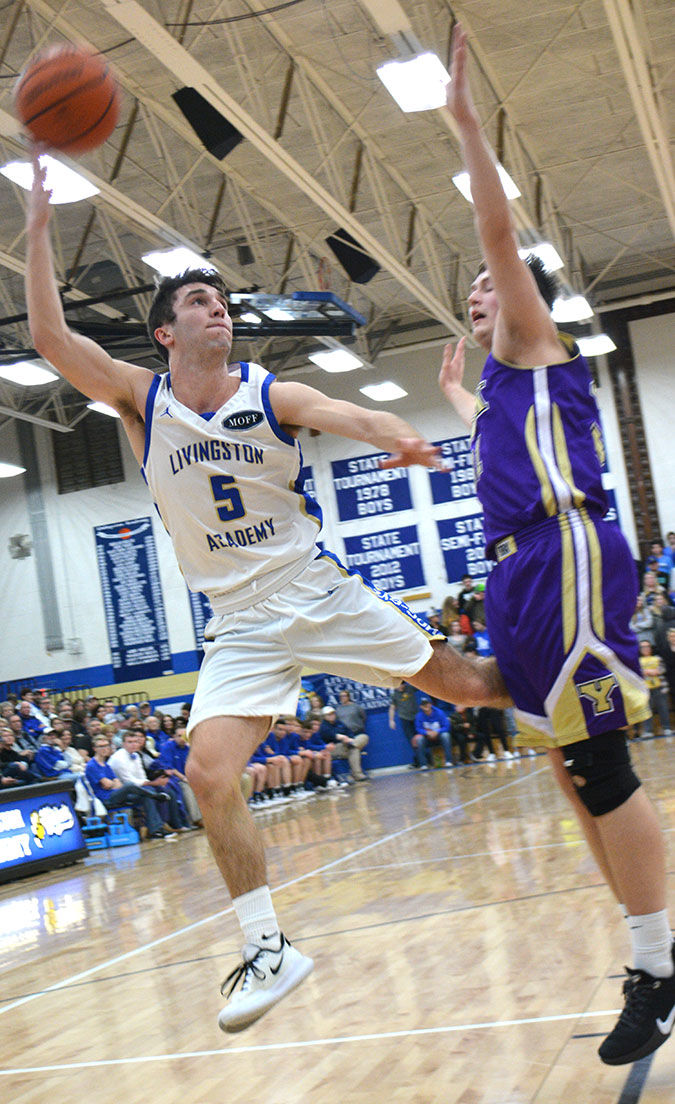 LA’s Aubrey Hollars shows skill and balance, forcing a right-handed lay-up that went in against York. 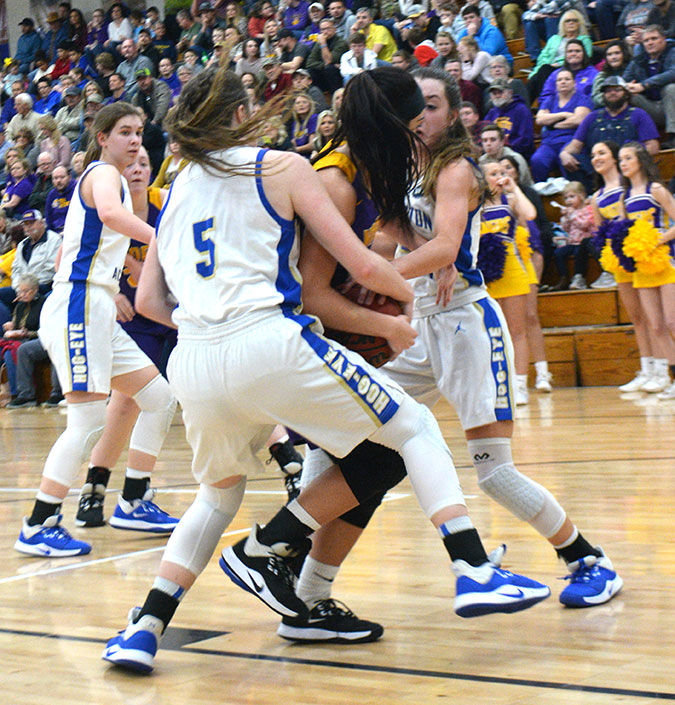 LA’s Aubrey Hollars shows skill and balance, forcing a right-handed lay-up that went in against York.

With four losses in the final two days of the 2019-20 regular season, the curtain has fallen on a season the Livingston Academy boys would like to get a “do over” and had the Lady Wildcats showing some improvement over the past two campaigns.

Heading into last week’s action with rival York at home and Cannon County on the road, the Wildcats had a chance to improve their record and be in a better position going into this week’s tournament, which got underway Monday at Watertown and will continue through the week.

But a Senior Night loss to the district’s number two team, York, 63-53, set the stage for Thursday’s game at Cannon County that really had no meaning at all, except for record purposes.

“I knew it was pretty bad,” Livingston head coach Jimmy Miller admitted recently. “This district we play in is very good from top to bottom and just about every night you have to bring your ‘A’ game. If not, you get beat, it’s that simple. Right now, we’re playing with a much smaller team than several others in the district and we’re a little short on experience. We’ve had our good nights, but we’ve had nights that weren’t so good.

“We’ll see what we can do in the tournament, then start working on next year,” the coach added. “It won’t get any easier, believe me. Right now, there are two boys teams and two girls teams in this district that could go to the state finals, and two of them can win it all.”

When the week started, Livingston hosted York and the district’s number two team (10-2) got a little more than they might have expected in the first two quarters.

Matthew Sells got the Cats going with a three-pointer, then added a field goal, then lit up the gym with four more threes that helped the Cats finish the quarter with 18 points, the same as the visitors.

The long-range shots fell off in the second frame, but at intermission, Livingston trailed by only two, 32-30. In the third, the Dragons gradually pulled away, taking a nine-point lead at one time, then settling for a six-point advantage, 51-45, going to the final frame. Sells and Nick Choate kept the Cats close, but could never overcome the York height inside and steady field goal shooting and fell by 9, 63-54.

On the road Friday night at Woodbury, Livingston got behind early, trailed by 8, 14-6, at the end of the initial frame, and could never overtake the much taller Lions.Livingston trailed by 7, 28-21, at the half and fell hard on some good second quarter play by the home team, 73-58.

Again it was Sells leading the LA scoring, this time with 20, giving the junior 1,965. Blaine Melton and Hollars each added 7, Choate 6, McDonald 5, Dawson Simmons and Eli Melton 4 each, Brookston Campbell 3, and Ayden Coffee 2. Sells had 7 rebounds and Hunter Coffman had 4.

For the Lady Cats, the past three seasons have been very tough, but this current one is showing signs of improvement and a brighter future just around the corner. Last year, the team posted a miserable 12-2 district mark while going 9-21. The year before was 12-17, 5-9, and the year before that it was 15-13, 8-6.

This season was nothing to write home about, but there were good signs of improving. The Lady Cats finished this season slightly under .500 at 14-15 overall and 8-6 in the district, good enough for 6th place.

“Looking back at the season, there were several things that could have gone the other way and really helped, but you can’t dwell on that,” pointed out head coach Lesley Riddle. “We were young to start with, but two of our seniors Emily Gean and Hannah Hammons, who could have really helped us and did as long as they played, got hurt around Christmas, and that really set us back and we never really recovered.

“Late in the season, we started letting teams get 10-12-0 runs on us and we weren’t a team that could recover from that. We tried hard and I’m proud of our efforts, but I think we will be much better next year since our younger players will have more experience and there are some players coming our way who could really help us.”

Against York on Tuesday night, like their boy counterparts, the Lady Cats stayed right with the Lady Dragons and were tied at 10 at the end of the first quarter. York got one of “those runs” early in the second frame, jumped out front by 13 and just never looked back. The 61-43 final score was pretty much an indication of the later portion of the game.

There was a real bright spot for the Lady Cats in the setback and it was Keaton Webb’s 19 points that included 5 three-pointers. Aleah Melton added 9, Suzanna Hayes was good for 6, Alexis Phipps and Allie Qualls both hit for 2, and another bright spot was 5 points from freshman Hannah Westmoreland.

Two nights later, LA traveled to Cannon County and dropped a 56-48 decision. Like in several games this year, the Lady Cats stayed close early, leading 11-10 at the end of the first quarter and trailing by only one, 24-25, at intermission.

Going to the final quarter, LA was still in the thick of things, behind by only 3, but a strong fourth quarter by the home team settled the outcome, 56-48.

Webb again led the LA scoring, this time with 13. Melton added 9, Hailey Cronk, Hayes, and Anna Beth Colson each had 6, Qualls was good for 5, and Phipps hit for 3.

Both the LA boys and girls traveled to Watertown this week for District 8, 2A tournament action that got underway Monday with the girls facing Watertown, a team they have beaten twice this season, at 7:30 p.m. and the boys will face Smith County, a team they have defeated twice in the regular season, at 6 p.m tonight, Tuesday, Feb. 18.