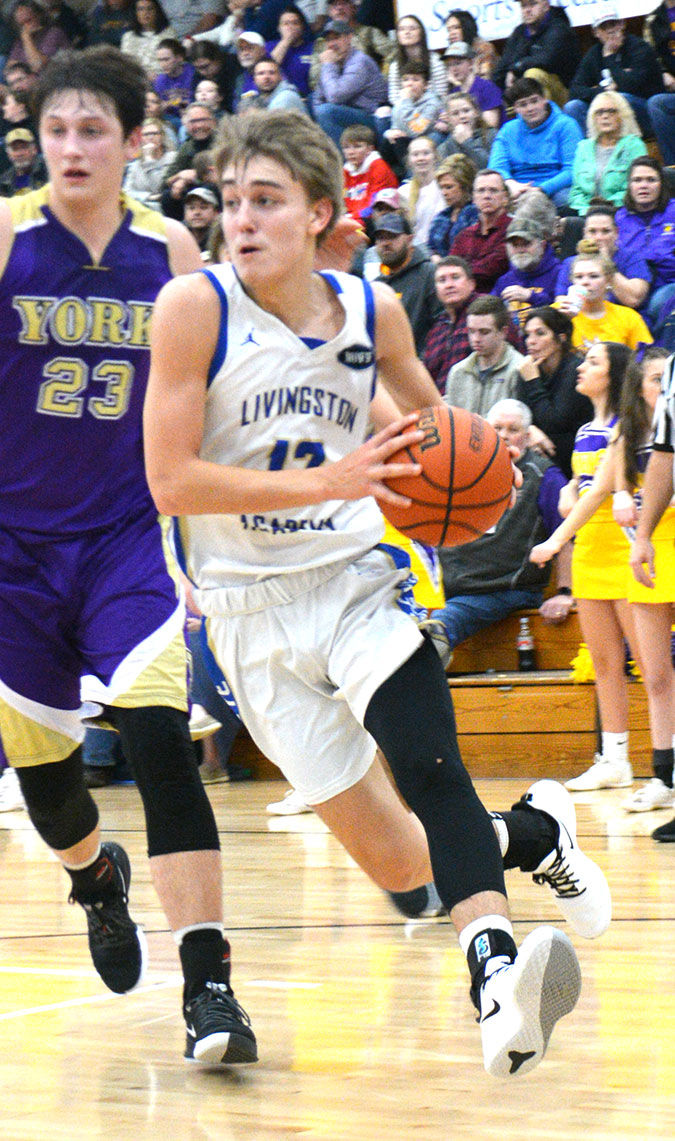 LA’s Aleah Melton was named to the All-Freshman Team and to Third Team All-District.

LA’s Aleah Melton was named to the All-Freshman Team and to Third Team All-District.

For the second straight year, Livingston Academy junior Matthew Sells has been named to the All-District 8, 2A team, joining players from Upperman, Watertown, and York.

Sells, the spark to the Wildcats’ offense with a three-year total of 1,965 points thus far, and at least one playoff game remaining in the season, joins Collin Gore and Alexander Rush from Upperman, Roger Meadows and Noah Smith from York, and Raquan Verge of Watertown on the all-star team. Rush was named the district’s Most Valuable Player.

Livingston sophomore Nick Choate was the only other LA player to place on a team, the third, while seniors Will McDonald and Aubrey Hollars did find spots in the Honorable Mention list.

Livingston didn’t place a player on the All-Defensive Team or the All-Freshman squad. Upperman’s Bobby McWilliams shared Coach of the Year honors with York’s Russell Tays.

On the girls side, the best Livingston Academy could do was Keaton Webb and Aleah Melton claiming spots on the district’s third team. Junior Hailey Cronk did place on the Honorable Mention list while Melton was named to the Freshman team along with Hannah Westmoreland.

Macon County’s Larry White, whose team finished the season undefeated, was named Coach of the Year, and Watertown’s Emma Christensen was tapped Most Improved.