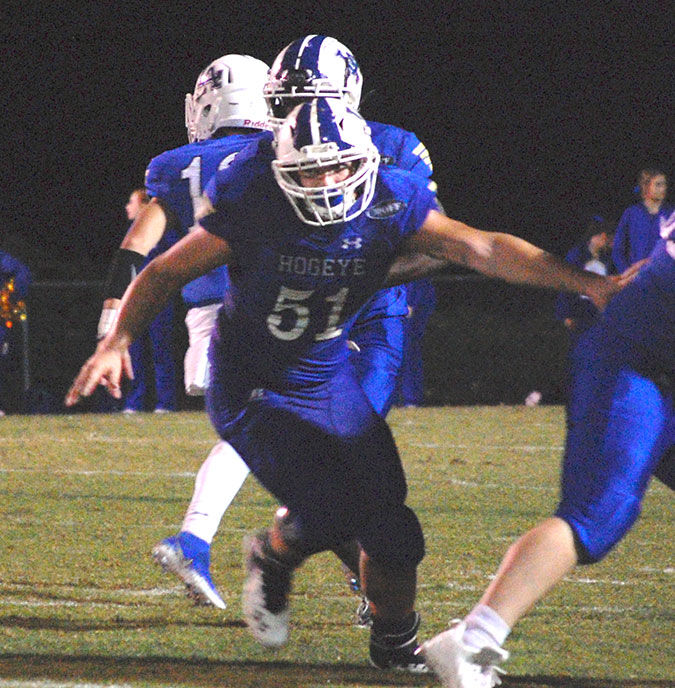 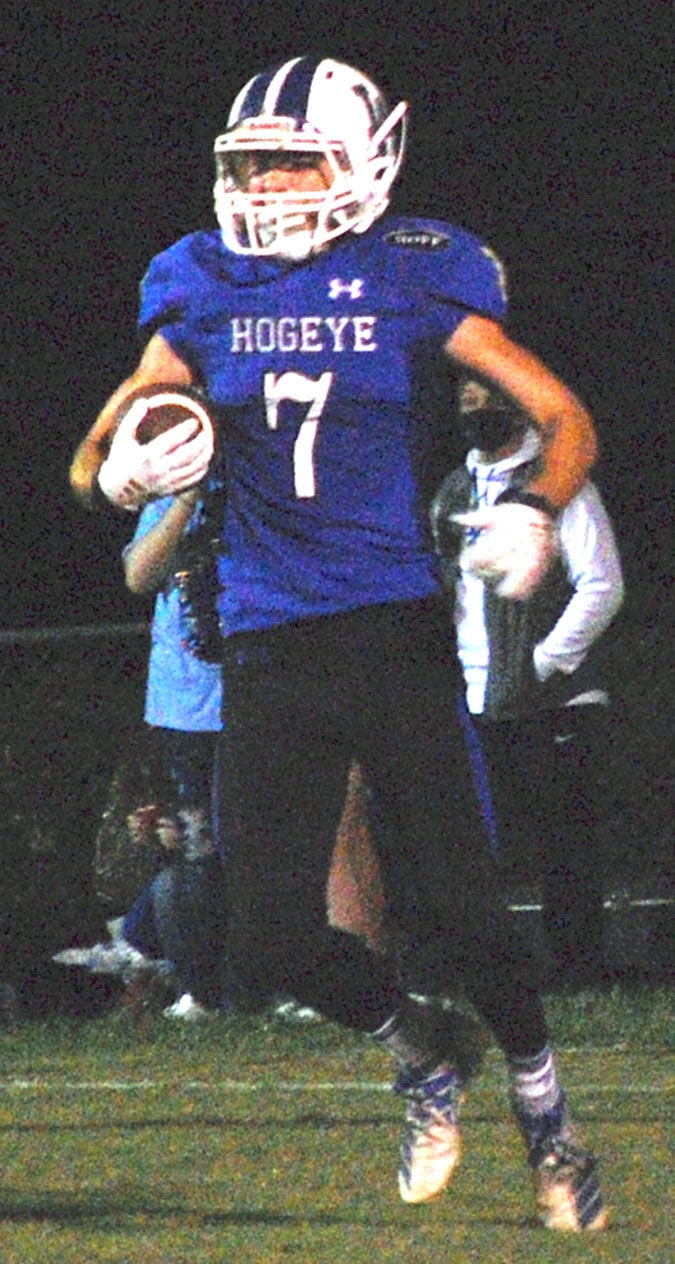 Bryer Mosley caught a 69-yard pass for a score.

Bryer Mosley caught a 69-yard pass for a score.

There was a time not so long ago that when a coach was putting together a football schedule, the number one goal was to get White County on it for Homecoming. Recently, a game with the Warriors was a pretty sure bet as a “win”.

Things have changed in Sparta, and a trip to the home town of Lester Flatt is no longer an “in the bag win”, as the Livingston Academy Wildcats discovered last Friday night. It was Homecoming all right, but for the home team, not the visitors.

“That’s a totally different team over there,” Livingston head coach Bruce Lamb pointed out while leaving the field Friday night after his Wildcats played poorly in the first three quarters then battled back in the fourth to suffer their third loss of the season and second in a row, 34-28.

“We played very unemotional I thought in the first half and even into the third quarter,” Lamb explained. “Then in the fourth quarter, our defense stepped up, stopped them for no scores. We put some points on the board, but it was too late, they had already done all the damage they needed earlier to win.”

Actually, there were not a lot of emotions from either grandstand as the White County crowd, even though they had something to cheer about, didn’t, and on the other side, the Livingston crowd didn’t have anything at all to cheer about.

“It’s early and we’re just settling in,” a fan on the home side smiled. “It’ll pick up, I promise you. We’re better this year than we’ve been in the past several years, and this team has given us something to cheer about.”

Indeed, they have. With a new head coach and several new assistant coaches, the Warriors were already at 3-3 with close losses to both Cookeville and Warren County. Livingston, on the other hand, started the season pretty strong with four wins and a single loss to Cookeville until last week when the Wildcats took a beating, 38-14, at DeKalb County. After Friday’s loss, the Wildcats have only two more games, both at home, to turn the boat around and look for a playoff at home.

“For us seniors, time is running out,” senior running back Kaleb Robinson told the team after the game. “We’re a better team than this, and we need to take a deep look at ourselves and get back on track.”

Robinson is on track to become the 11th running back in LA history to go over 1,000 yards in a single season, and needed only 139 Friday to do it, but a well-prepared Warrior defense held him to only 60.

“They knew we were mainly a running team,” quarterback Nathan Cowgill pointed out. “My passing hasn’t been as good as I would like recently, and we were a running team anyway. They watched our film and figured out how to stop Kaleb, and they did. We will continue to work hard and make these final two games much better.”

White County got on the board with 5 minutes remaining in the first quarter, taking an Austin Reeder punt 68 yards on 10 plays for the score. The PAT was good and the Warriors were on top 7-0.

On the first series of the second quarter, the Warriors again took a Livingston punt and drove it right down the field for 7 more points, and things were looking bad for the visiting Wildcats.

A fumble recovery by Livingston’s Bryson Tucker put a little life into the Wildcats, then with 1:51 showing on the clock in the first half, White County was forced to punt and the LA defense charged in to try to block it. Bryer Mosley managed to block the punt and Xander Cantrell picked it up and scored. Mitchell was true on the PAT, and suddenly, there was a real game on the field.

Three touchdowns in the third quarter by White County took the wind out of the Wildcats’ sails, but in the fourth, once again the LA defense dug in, and held the home team scoreless while the LA offense put two scores on the board.

The first was a pass from Raven Carpenter right over the middle to a wide open Nate Carwile that covered 22 yards, and the final was a 69-yard “beauty” from Carpenter to Mosley that could have failed as easily as it was completed, but Mosley fought for the ball and won.

Offensively for the Wildcats, Mosley had 3 pass receptions, Robinson had 2, and Ayden Coffee had 2 while Tucker, Carpenter, Carwile, and Jaden Lawrence each had 1. The Cats had a total of 143 yards through the air. Added to the 71 yards on the ground, LA produced 214 total yards.

White County on the other hand had a total of 341 total yards, 386 of which came on a strong rushing attack.

Defensively, senior Dexter Wright led the way with 10 tackles followed by 9 from Carson Smith and 8 from Cantrell. Lawrence added 5, Jordan Brown, Tucker, Mosley, and Robinson each had 4, Cowgill and Reeder each had 2, and Carson Parrott had 1.

“There’s only going to be two more regular season games played at our stadium, then it’s going to be torn down and a new one is going in,” Lamb told his team. “I got that word from the director of schools (Mark Winningham), so get yourselves ready to play those last two games there and leave with fond memories. You are a good football team and you can do it.”

Livingston Academy has this Friday night off then will host York for Homecoming on October 23 and Macon County on Senior Night, October 30.