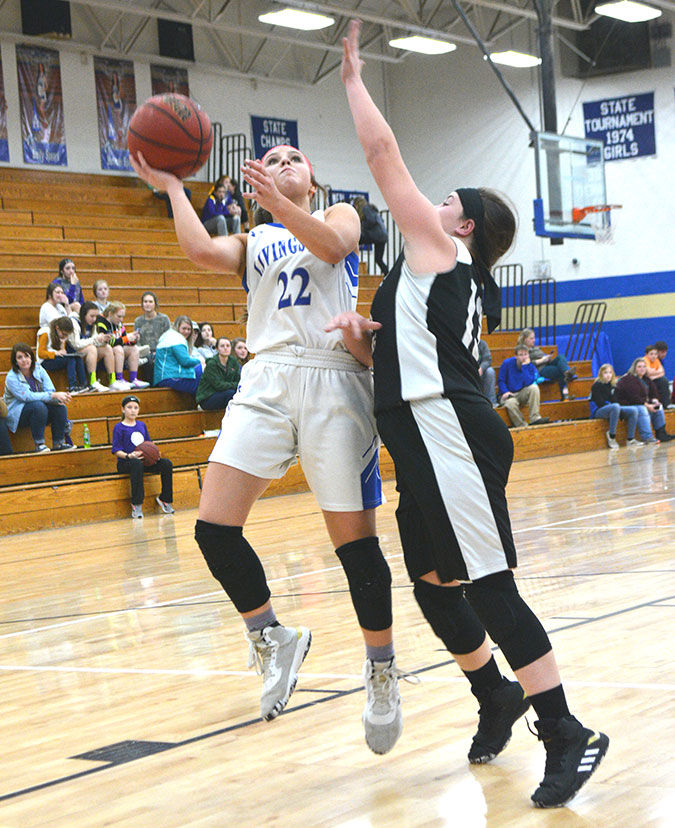 Mallie-Gene Coleman goes up for a shot in Livingston Middle School’s win over Allons. 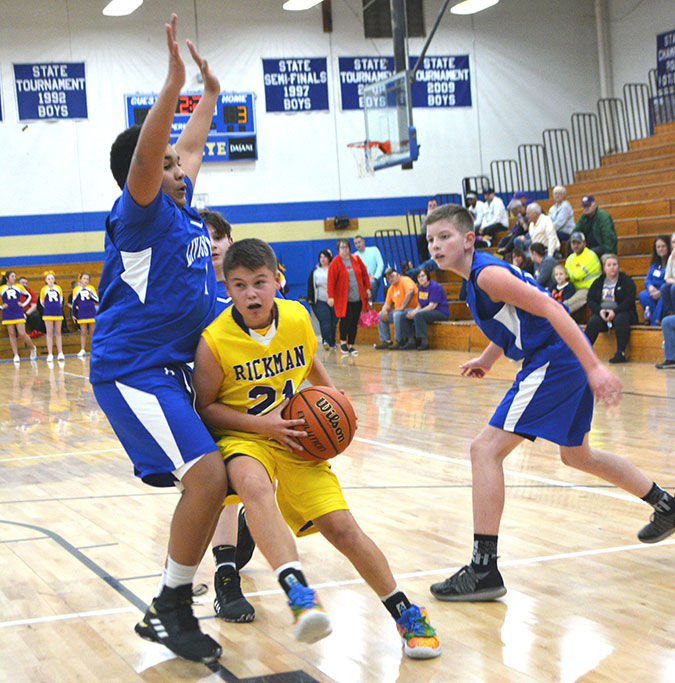 Mallie-Gene Coleman goes up for a shot in Livingston Middle School’s win over Allons.

As pretty much expected, it will be Livingston Middle School taking on Rickman in the girls championship game of the Overton County Elementary School Varsity Tournament Saturday, Feb. 15 while the Rickman Bulldogs will face off against the Hilham Tigers for the boys title.

Those pairings were settled Monday night in three second round games of the tournament that started way back in January, but due to school closings for sickness, have been postponed until this week.

Monday night at Livingston Academy, the Rickman girls got 21 points from Ellie Butler and 14 more from Paige Hamilton as they rolled to an easy 52-27 win.

Rickman jumped to a 16-3 first quarter lead and was ahead 28-11 at the intermission. Hilham put up a better second half, but just couldn’t overcome the early deficit.

In the night’s second contest, Livingston Middle School Tigers jumped to a quick 2-0 lead over Rickman, but that was as close as it would be.

A hot shooting hand by Daniel Bilbrey was more than the Tigers could handle and Bilbrey got help from Wyatt Hargis, Gabe Ford, and Tucker Miller. Bilbrey led all scorers with 23 points while Hargis added 10, Ford 8, and Miller 7.

LMS stayed close in the first quarter, trailing only 11-6 at the end of the quarter, but 21 points from the Bulldogs in the second quarter put the game almost out of reach, 32-11, at the half. Rickman would go on to win 61-17.

In the night’s finale, LMS got 19 points from Mallie Gene Coleman and 6 more from Lily Bates to stop a determined Allons girls squad, 35-14. Cambree Conner had 5 points for the Lady Hawks.

LMS and Rickman will square off around 11 a.m. for the girls championship followed by Rickman and Hilham for the boys title.