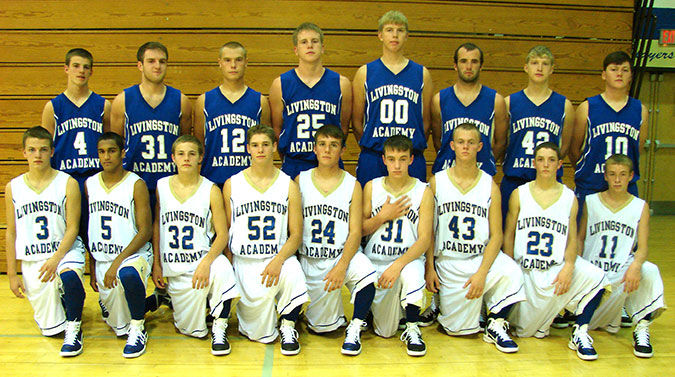 I never thought I’d see the day when I would be bored around my house, even though I’m getting older by the day and finally don’t feel like doing some things. When ball season ends at Livingston Academy, I’ve got so much to do around my house, including my woodworking shop, there seldom appears to be a spare second.

Now, with the coronavirus taking over every minute of everything on television, boredom has really set in unless you can escape to some good old reruns, and they are only good once or twice.

There are things I could be doing around the house, but on top of the virus, there’s constant middle Tennessee spring weather – rain. That puts whole new light on everything, including the things you can do outside.

So to occupy the seeming less daytime hours, I put myself in front of my computer and tried to come up with something to write about that may be of some interest to someone.

Sitting here one afternoon, I looked around at all the things in the room, searching for a subject. There’s a globe I got in the third grade, and it’s interesting. Do you have any idea how many countries have changed their names since 1953? Moving on around, there’s a bookcase filled with some wonderful books on American history and a few other subjects, but I don’t feel like going back over those.

Now there’s an interesting piece – a big open case filled with all my old camping gear. Now there’s some stories there for sure, since I’ve camped in every state in the union and have been doing it since the early ‘50s. I might just save some of those incase this coronavirus thing goes on longer.

Then, there right in front of my eyes, are two stacks of old Livingston Academy basketball and football programs dating back at least 16 years. I bet there are some things in there I would like to relive.

After sorting the programs in dated order, the first I found was the 2006-07. Actually, I started covering the Wildcat teams in 2001 for The Enterprise, but didn’t acquire any school issued material and didn’t work during the 2004 season when Lesley Smith took the Lady Cats to the state championship.I went to work at the Overton County News in 2005 in time to get in on the football championship, and we’ll get to that later.

There’s not enough time and space to write down everything about these teams, but it’s fun just recalling the players. We’ll leave out some, but not intentionally, so be patient and enjoy some memories.

In 2006-07, the Lady Cats were rebuilding somewhat from a 23-13 mark in 2005-06, but did manage to reach the sub-state before falling to McMinn Central 62-60. In ’07, some memorable names on the roster included Allison West, Shelby Taylor, Ashley Matthews, Jada Ledbetter, Brittany McCoin, Alissa Sells, and Chelsea Carr. The team posted a fine 24-6 regular season record, beat McMinn in the sub-state, and went to Murfreesboro and won one and lost one.

On the boys side, Tyson Stover was the only senior that year, but his back-ups would become household names in the near future. Chase Dunn, Jeremy McLearran, Deven Ramsey, Clint West, and T.J. Smith. They were respectable, but the season ended in the regional tournament when they lost to Station Camp by 10. Final record was 23-11.

In 2007-08, the LA girls were “senior free”, and despite a fine 25-8 final record, advanced only to the finals of the regional tournament where they lost in a nail-biter to Upperman, 71-69. Some notables on that team included freshmen Mackenzie Sells, Mallory Mahaney, Samantha Maya, and Tori Stocking. Shelby Taylor was a sophomore and Kendria Kilgore, Adrian West, and Alissa Sells were among five juniors.

For the boys, it was a better story. The Wildcats, paced by the almost entire returning team from 2008 plus freshmen Brad Jackson and Jake Huitt, rolled through the district, the tournament, the regionals, the sub-state, and headed to Murfreesboro with a 30-4 record.

It was head coach Richard Melton’s first trip to the state finals. It was also a disappointing experience as the Cats were crushed by Fulton, 92-55.

“It was a helpless feeling, I’ll tell you that,” the coach, years later, would explain.

Back in the middle school programs that year were youngsters Brock McCoin, Creed Hayes, Logan and Mason Ramsey, Colby Reeder, Logan Beaty, and Caleb Qualls. The high school program was in safe hands for the foreseeable future.

And 2009 turned out to be one of the best seasons ever at LA when both teams, boys, 31-2, and girls, 24-12, landed spots in Murfreesboro. The girls, led by the likes of Kilgore, Sells, Taylor, Thompson, Amber Welch, Taylor Eldridge, Mahaney, Maya, MacKenzie Sells, and Stocking along with freshmen Allisson Dailey, Abby Miller, and Kayla Williams, won their first game, beating McMinn, won the second over Westview, 49-44, then fell to Gibson County in the state finals, 54-34.

In 2010, both teams were again fun to watch. The aforementioned middle school players reached the high school that season and added to the already talented team that included Kendall Melton, Jackson, T.J. Smith, Beaty, and Jake Huitt, the boys would go 28-7, falling to Howard by two points, 73-71, in double-overtime in the sub-state.

For the girls, Taylor, Thompson, and Welch turned seniors and along with a fine group of juniors and sophomores that included Maya, Mahaney, MacKenzie Sells, Dailey, Miller, and freshman Sydney Staggs went 23-7 in the regular season, finished second in the district tournament, beat Chattanooga Christian in the first round of the regional then lost to Upperman 43-36 to end the season at 25-9.

It’s time to take a break in this, despite how much fun it’s been. Remember all those nights at the LA gym and those wonderful trips on the road when there was very little doubt when a Livingston Academy team, boy or girl, rolled in, victory wasn’t far behind? We’ll go one more year since 2010-2011 turned out to be a big one for both squads and a changing of the guard.

Richard Melton started the season as head coach, but on December 7, after a game at home with Jackson County, he suddenly resigned and turned things over to Jimmy Miller. It was startling news since Melton again had an outstanding team pulling his wagon.

Miller would later admit that he faced a lot of pressure because “Richard left me with a lot of talent and I would have no excuse not to win.”

With four seniors, three juniors, and a sophomore class as good as any anywhere, the 2011 team ended the regular season 18-10, but 8-2 in the district and won their sixth straight title. The team lost to DeKalb, 64-54, in a shocker in the opening round of the district tourney, then beat Cannon County 86-69 for third place.

In the regional tournament played that year at Sequatchie High School, the Wildcats beat the home team 55-47, slid by Upperman 72-69 in double-overtime, then beat Cannon 70-61 to advanced to the sub-state. It was Livingston’s fourth straight regional title. After beating Tyner with ease, 71-60 in the sub-state, LA faced East Literature in the opening round at Murfreesboro and lost a heartbreaker 63-62 in a game all agreed they should have won.