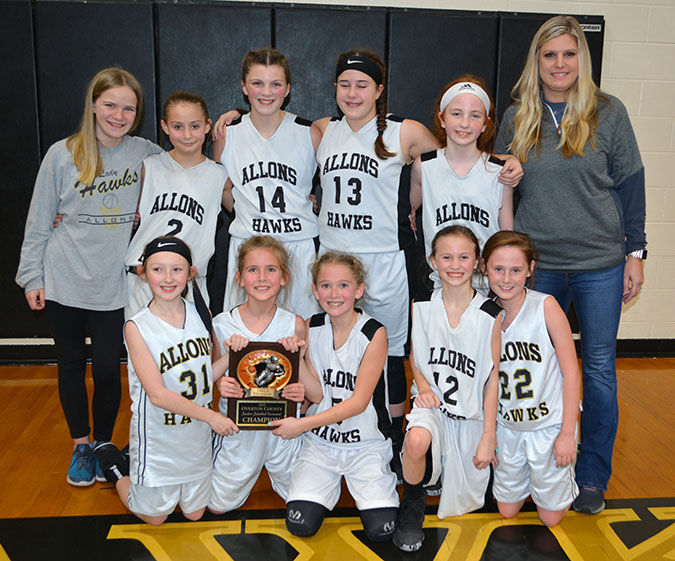 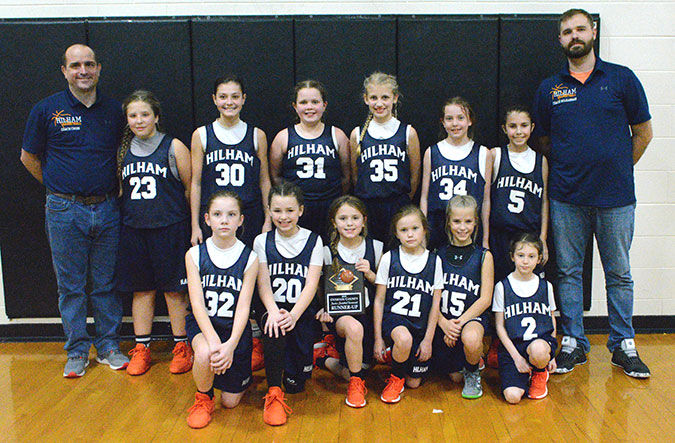 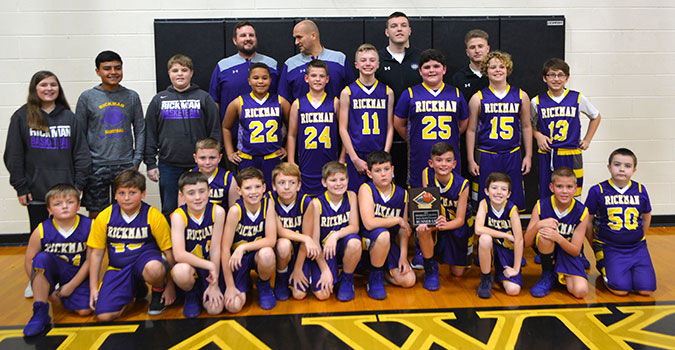 Saturday was “basketball day” in Overton County as the 2019-2020 Overton County Bantam Tournament was held at Allons Elementary School and it was a full day of basketball with the first game starting around 9 a.m. and the championships being settled almost at 9 p.m.

All five Overton County elementary schools were represented in both boys and girls action.

Livingston Middle School (LMS) and Wilson girls were the first to take to the hardwood, and when it was over, Wilson was eliminated while LMS advanced to the next round. Allons and Wilson squared off in the day’s first boys game with Allons winning and Wilson being eliminated.

Hilham’s girls got into action around the 11 a.m. mark and took out rival Rickman to advance to the title game. In boys action at noon, Rickman and Hilham faced off, with Rickman taking the win and advancing to the championship round.

In the first game of the afternoon, the Allons girls took on LMS and won to move on to face Hilham in the girls title contest. In boys, action, LMS advanced to the title game by defeating Allons.

By mid-afternoon, some teams had been eliminated and some moved on in both brackets with LMS facing Rickman for 3rd and 4th place on the girls side. In that contest, Cora Copeland and Katie Beason each scored 6 points for Rickman in a 21-14 win. McKenzie King and Layne Cantrell each had 4 for LMS.

When the championship games rolled around, Allons would face off against Hilham while in boys competition, it would be LMS against Rickman.

Jalee Johnson hit for 12 points, Mia Hughes added 10, and Alexis Turner added 6 as Allons rolled to an easy 38-7 win over Hilham. Myla Dailey had 3 points for Hilham with Jaycee Collins and Jaden Stansberry each adding 2.

Peyton Coleman poured in 15 points and Will Spears added 9 as LMS held back early charges from Rickman then took command down the stretch to claim a 35-24 win and the first place trophy.

Rocco Carwile and Sawyer McBride each had 8 points for Rickman with Blake Melton adding 4.

The Overton County Middle School Varsity Tournament will take place this week at Livingston Academy. Action started Monday and will continue Thursday with title games being played on Saturday.