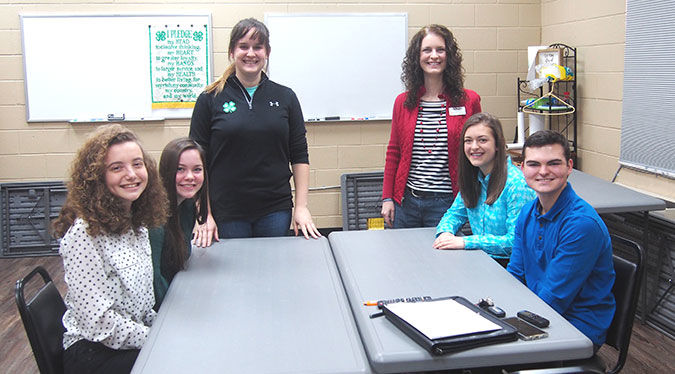 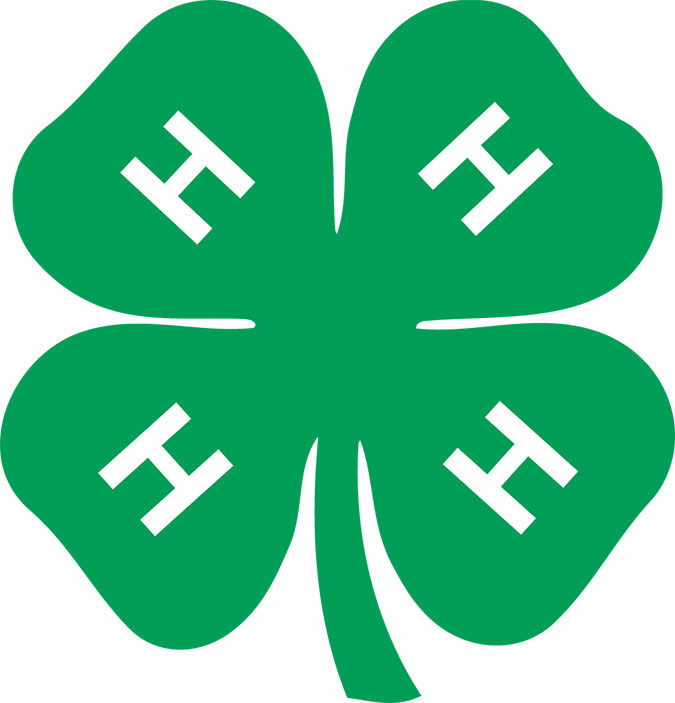 There was a time when the mention of “4-H” would have indicated that the club was about youngsters who lived in the country and dealt with plants and animals around the farm. But that was never the case and today’s 4-H is not only that but so much more, and numerous students at Overton County’s schools and Livingston Academy are deeply involved and doing quite well.

4-H means a lot of things to a lot of people, but the 4 H’s consists of Head, Heart, Hands, and Health and in those four categories, students are exposed to everything that pertains to everyday life from working with animals, repairing small engines, cooking, sewing, building, etc. It’s a vast program and those who are in it now do their best to expose others to it for the values they have gotten out of it.

And to top things off, recently, a four-member team for LA that included three underclassmen and one graduate traveled to Denver, CO, competed in one specific area, and brought home the national championship.

“That was a lot of hard work and a great excitement,” explained LA junior Michaela Bianco. “I’ve been in 4-H since middle school as most of us have, but to go to Denver and come back with the championship is really a high-point in my life so far.”

Michaela and her three teammates, Sarah Waites, Mahalah Boone, and Richmond Boone, were entered in the category of Family Consumer Science of the FCS Skill-A-Thon in Denver recently where some 1,200 4-H’ers from all across the country competed in various 4-H categories.

“We have competed for several years from the 4th grade to here, but this was really a big deal,” Livingston Academy sophomore Waites pointed out. “It was like going from a fish bowl to the entire ocean. It was big, but I really think we were ready and everyone on the team did a great job.”

“The Job” was to be given six topics to, that was then narrowed to four, and when it came time to be presented, it was reduced to one. The team had to be prepared for any one of the subjects and the one they were given was public speaking.

In the Family Consumer Science category, subjects ranged from tasting and identifying a variety of foods, including spices, to identifying different weaves in cloth to handling projects around the house and presenting nutrients for a better balanced meal.

“If you look at the various topics, it was easy to understand just how involved this category could be,” Bianco continued, “but we worked hard for over six months to be sure we were well versed in every aspect of the category. We were confident we could handle the subject.”

The entire program is handled through the extension department of University of Tennessee’s agriculture program, locally supervised by Nicole Marrero and aided in the school system by Angie Boone.

“We love this program,” explained Marrero. “We feel like it gives the young people a step ahead in getting ready for real life down the road and this team has worked at it so long and so hard, we are really proud of just what they did. It’s quite an accomplishment and Angie (Boone) has been such a big part of it going back to the elementary schools where she actually gets the students involved in the program and works with them until they move on over to Livingston Academy.

“This has been a complete team effort.”

To get to Denver not only took several years of working on the Family Consumer Science category, but it also took a lot of fundraising, and in that area, the youngsters had to use their imagination as well as get support from the Overton County community.

“We had bake sells, sold bracelets we made, all kinds of stuff like that,” Richmond Boone, the fourth member of the team and now a freshman at Tennessee Tech, said. “But the big deal was the clubs, merchants, and businesses in the county were just so helpful. Once they saw what the program was and how this team was going about raising money to go to the competition, they jumped right in. We could not have even come close had it not been for their generosity.”

So how much did it cost?

“Yes, that’s right, $10,000,” pointed out Boone, “but that was just another challenge in this entire project and we took it as that. We had to win at the state level to move on, and we did. I was given $500 for an earlier competition and I put that in the pool. We had our minds set to go for the big prize, and that’s what we did.”

And other than to bring Livingston Academy another specialized honor, what did the students get out of the event?

“We got to meet a lot of people from all over the country and exchange our lifestyles, ideas, clothes, our surroundings, etc. with people our age from other parts of the country. That was great,” Bianco explained.

“My main goal was to get ideas from other people my age on how to be leaders,” Waites added, “and with so many young people there with all their ideas, it was just a great experience to listen and exchange thoughts. I’ll never forget it.”

For the only male in the group, it was surprising that Richmond Boone had many of the same thoughts as his female teammates.

“My biggest thing was to go there and learn,” the 2019 LA graduate pointed out. “Like the others, I saw it as an opportunity to find out from others just how things are done differently but with similar results. The Denver competition was not only a proud moment because we won the national championship in our category, but a tremendous learning experience.”

Currently, there are some 95 students in the 4th grade through high school, working in 4-H outside the classroom and Marrero is quick to explain that the program is growing and open to any new subjects students would like to undertake.

“As you can see, this is a program that offers a wide variety of subjects that will have a big outcome for students down the road, “Marrero concluded. “These students will tell you they pass along their experiences in 4-H to their fellow students and let them know about the programs and how they will affect their lives. These are life experiences that are so important and we’re excited about what is happening here in Overton County with 4-H.”

For more information on 4-H and all the programs offered, contact the Overton County Extension office in the Joe L. Evins building.