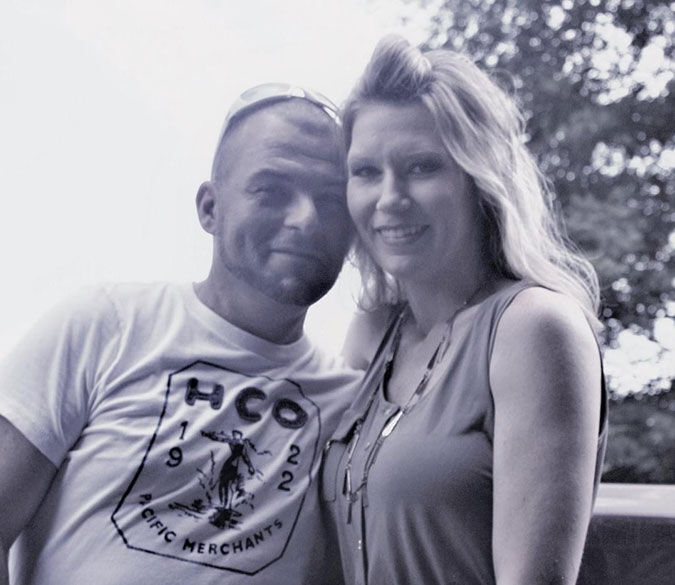 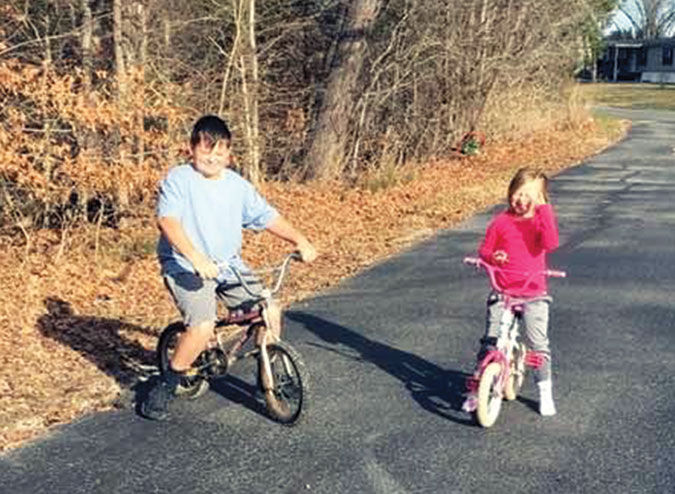 A Hilham family escaped with their lives after a fire ignited a propane tank, destroying their home.

Donations for the Burks family are being taken, with drop-off at Hilham Elementary or 306 West 3rd Street in Livingston or at 231 Okolona Road.

According to reports, the fire started from a heat lamp around 4:30 a.m. Wednesday, Dec. 30.

Megan Burks gave an account of what she termed her “worst fear”. She said she was awakened by her son screaming that the house was on fire.

“He, thank God, had woken up because the cracking from the fire was so loud,” she said.

Her son had seen the flames and jumped out of bed, running past the front door, where the fire had already destroyed the porch, and on to his parents’ bedroom at the opposite end of the home.

“He barges through the door and wakes us up,” Mrs. Burks said. “Chad and I jump up and run towards the front door only to immediately see the flames bust through the glass already creeping in through the ceiling.”

After racing to get her boots on, she bailed off the back porch to get the hose.

“Chad gets the kids out the back and tells them to run away from the house,” Mrs. Burks said. “As I grab the hose and turn to the porch, a propane tank explodes. It is so loud it wakes our neighbor. Thank God it did as he is the one who sees our home halfway engulfed in a blaze and calls 911.

“Chad grabbed his phone when he had got up but cell service is nearly impossible down there. We tried frantically several times to call 911 to no avail. Sending texts to anyone it would get through to simply call 911 as we desperately tried everything.”

After the tank exploded and was shooting flames right at them, Mrs. Burks ran up to the kids to get them around the back of the house to the car.

“That’s when Pierson tells me the devastating news that his best friend, Diesel, our dog whom had recently had a near death event, didn’t come out,” Mrs. Burks said. “Pierson had been keeping him inside after Diesel had to have his leg amputated.

“I ran back up the back deck inside the house to try to get Diesel only to make it a step through the door to the thickest, darkest, hottest cloud of smoke. I couldn’t see or breathe and immediately tried to find my way out.

“As I barely stepped through the doorway, the second boom goes off with glass shattering. I just jumped off the deck to get the kids further from the house.”

Chad Burks was spraying the house with a hose, trying to save the home from further devastation.

“As I yell for the kids to run to the car, I yell to Chad about Diesel,” Mrs. Burks said. “He threw me his phone to try to get a 911 call to go out. I get the kids to run on down to the creek away from all the explosions coming from the house.”

Mrs. Burks then got in her car to try to move it away from the flames.

“I back down to the kids as I realize Pierson doesn’t have on any pants, shirt, or shoes. He is only in his boxers. Bailey had pjs on but no socks or shoes. I had pjs and boots, no jacket. Chad has flip flops pj pants and a coat but no shirt. But we were safe. We had made it out together. Yes, our dog and cat were not as lucky, but we made it out,” she said.

“I realized that everytime I wasn’t beside them and yelling for them to run, Pierson had ahold of Bailey’s little hand. This boy whom had just saved our lives made certain his little sister was safe and with him. Never once did he let go until they got in the car to safety. He never complained he didn’t have any clothes on or shoes on. Nor did he worry about the new toys he had got just days ago for Christmas and his birthday. The only thing he cried over was his beloved best friend, Diesel.”

After the first explosion from the propane tank, a neighbor saw what was going on and was able to get through to 911 and members of the Burks family. As Mr. Burks raced down the road to try to get enough signal for a call to go out, he met a sheriff’s deputy who was first to arrive.

“He made certain we were not injured and no one else was in the home,” Mrs. Burks said. “Fire truck after fire truck started rolling in. Hardy’s Chapel, Baptist Ridge, Hilham, Jackson County, Fairgrounds, etc. They came from all over to fight this blaze for us. Volunteer firemen in their personal vehicles flooded the property. If they weren’t fighting the blaze they were doing everything they could to make sure hoses were good, water was coming, and that we were safe. One even left to get Pierson clothes. These fireman do this miraculous thing all the time. We owe you all so much.”

As family arrived to the scene, the kids’ grandmother took them to get clothes on.

Firefighters fought the blaze for approximately three hours before the fire was extinguished.

“Finally around 10 a.m., the fire is out, smoke has settled,” Mrs. Burks said. I hadn’t seen the damage in full scale as the firetrucks had blocked my view from the car the whole time. After the last truck pulled away, I couldn’t bear what I was looking at.”

A fireman had found her purse and it was brought to her.

“It was wet and covered with smoke, but my wallet was fine,” Mrs. Burks said.

Her phone wasn’t as lucky.

The fireman found Pierson’s beloved dog Diesel under the bed. He passed from the smoke.

“They gently wrapped him in a blanket and our cat, Polly, and handed them out the back door, Mrs. Burks said.

A few sentimental items were recovered that had not been ruined.

“When I went closer to the house to see the damage, my dad was a couple steps inside the door. He tells me not to go in, but I had to,” Mrs. Burks said.

The destruction from the fire and heat melted three-fourths of the house, according to Mrs. Burks.

“The smoke covered the rest,” she said. “Everything inside was black, completely soaked. The living room, kitchen, laundry, and the corner of Bailey’s room were ashes. Nothing was there besides charred remains of what used to occupy the space.

“I turn to our bedroom as I notice this green and red thing that isn’t black like everything else – barely was wet from the water. It was the quilt my grandmother made nearly 30 years ago. It just so happened to be Pierson’s favorite. I had washed the day before and that night got it out of the dryer, folding it and setting it on top of the shelf. It was laying where the stove used to be. Completely fine.

“After dad finally made me get out of there we all left to figure out what we were gonna do. None of us had any idea. All I knew to do was pray, and cry, my gosh, I can’t stop doing either still two days later. But the love, support, and kindness our friends, family, community, strangers from everywhere, have shown to us since the fire, is nothing short of a miracle.

“God sure was watching over us.

‘I wish I was able to hug every single person that has donated, called to check on us, and simply pray for us to get through this. I am not a hugger either, never have been, but I would hug each and every one of you right now. I cannot believe the amount of clothes, toys, shoes, furniture, shampoo/soap, tooth paste, etc. Donated money, gift cards, etc. The sweet handwritten cards, texts, calls, emails will be cherished for forever.

“I know the road ahead is going to be a challenge, as I couldn’t even get through the trash bag aisle at the Dollar Store today without breaking down into full blown panic attack ugly crying all the way up to the register. But y’all have helped make it easier for us by every single thing y’all have done. We appreciate every little thing. We know some amazing people who know some more amazing people. Thank you all for everything. We hope you know just how much it is appreciated, and when every second matters you cherish the little things more and more.”