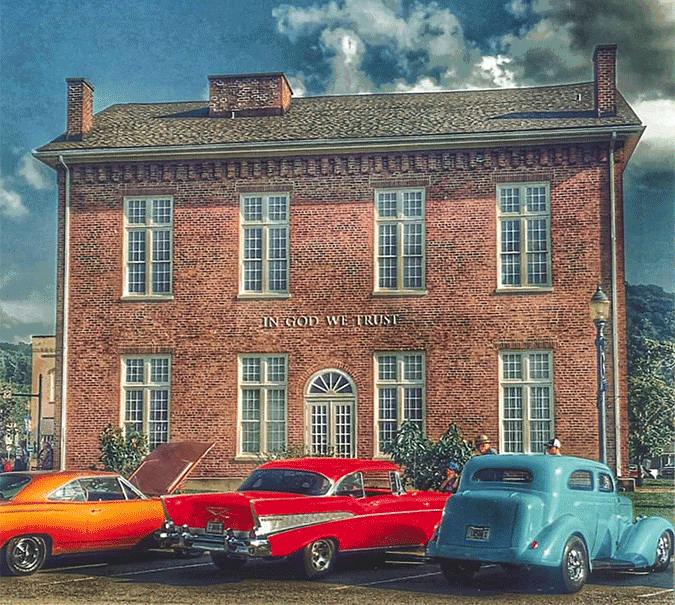 The Courthouse built by Josiah S. Copeland in the late 1860s still stands today on the foundation of the original courthouses that stood in 1834 and 1855. 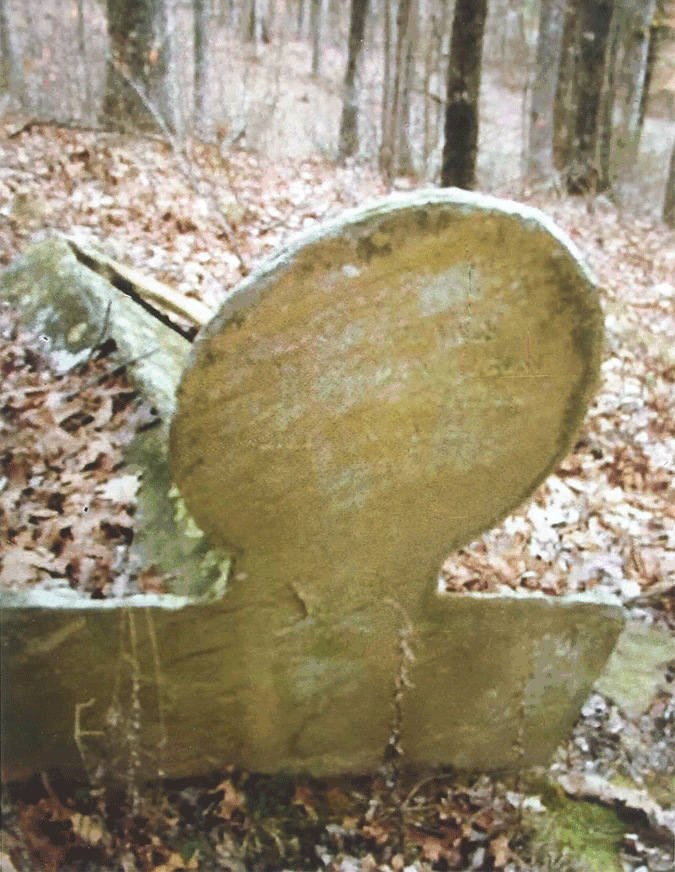 This headstone marks the graves of Josiah and Mary Copeland, who are buried side by side off Mountain Drive in Hidden Valley.

The Courthouse built by Josiah S. Copeland in the late 1860s still stands today on the foundation of the original courthouses that stood in 1834 and 1855.

This headstone marks the graves of Josiah and Mary Copeland, who are buried side by side off Mountain Drive in Hidden Valley.

A Little History by Pat Poston

The Civil War left Overton County in a state of chaos. Many of our bravest and best men had been killed or became sick and died. Many men that lived until the end of the war came home rippled, weakened, diseased, and filled premature graves. The cast of human suffering was great. The county did not resemble the thriving county it was just a few years before. What the people owned had been taken or destroyed. Local businesses were largely discontinued, Confederate money was worthless, and there was no other. The county was perplexed by all its problems, but life had to go on.

As the war drew to a close, the courthouse was burned to the ground. The people were shocked and horrified. Fortunately, some of the records survived because of the actions taken by James Richardson, Register of Deeds, who had hidden deeds in a vault in his basement just off the square. Therefore, we have much knowledge of land transactions and land grants in the early 1800s. Four years of fighting had broken up the courts and destroyed civil law. Governor Brownlee appointed John Boles sheriff and gave him authority to keep peace. Boles commissioned people to fill the county offices and help the people begin a new life. Elections were held as quickly as possible. A.J. Tompkins was elected Sheriff and together he and Boles restored law. The neighborly attitude of the people knit them closely together.

One could write pages about the hardships and the “Reconstruction Period” but I want to move on to the building of our beautiful courthouse that still stands today on the original foundation of the courthouses that stood in 1834 and 1855. Until the new courthouse could be built, court was held in the Presbyterian Church that was located on East Main in the approximate site of where Webb Real Estate stands today. The justice of the peace of the county felt it was their duty to proceed and appropriate taxes and see that a new courthouse be built. A contract was signed by these men and Josiah S. Copeland on July 1868. Copeland was to have the building finished by January 1, 1870. The plans to be used are in our county records and are amazing to read.

Now, for Josiah S. Copeland who was born in 1799. In 1818 he had a daughter, Mahala, by a woman by the name of Mary Mayfield. They weren’t married. In 1822 he had another daughter, Melissa, by a woman named Martha Maxwell. They weren’t married either. Mahala married George W. Carmack and Melissa married Canada Lee. In the 1840 census Josiah and Mary Copeland are married. But Josiah was still on the move it seems. He was seeing another much younger woman by the name of Ruth Daughtery. It was common knowledge and Ruth made brags that she was going to get ole Mary Copeland. Mary tried to dodge her when she was out walking but one Sunday Ruth jumped her as she was walking to church. Mary fought back to defend herself and stabbed Ruth. After seeing that Ruth was dead, she panicked and left for Illinois. It is not in the records whether she came back on her own but she was on trial that started March 1844. She was found guilty of 2nd degree murder and sentenced to 10 years in the penitentiary. Her lawyers appealed and it went to the Supreme Court in December 1846. She was finally acquitted.

Josiah and Mary Copeland lived together until he died in 1873. They are buried side by side off Mountain Drive in Hidden Valley. Mary lived until 1884 and never married again.

At the time of his will he had a judgment pending with Overton County over the foundation of the Courthouse.

One thing for sure........Josiah built a beautiful courthouse.