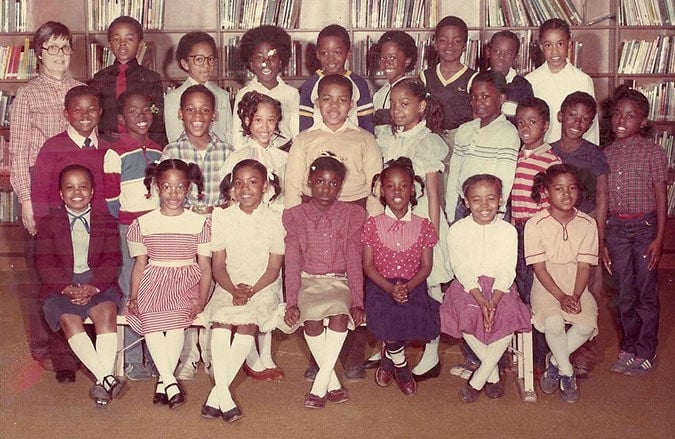 One of the classes Euretha Miller Williams’ taught in Gary, Indiana. 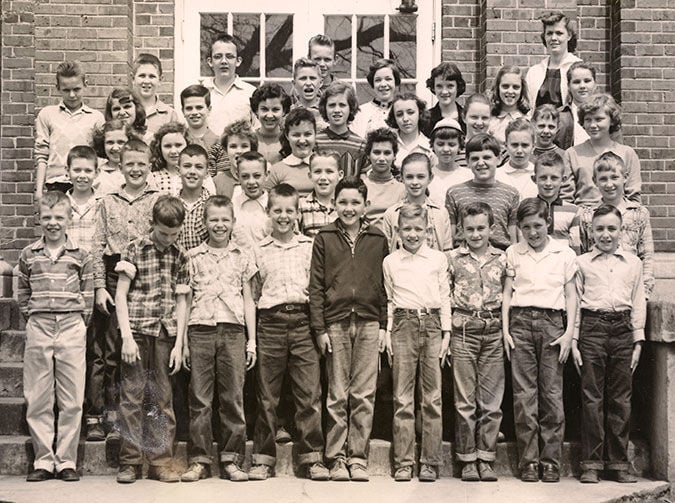 One of the classes Euretha Miller Williams’ taught in Gary, Indiana.

The Tragic Death of a Former Livingston Grammer School Teacher

This story looks back on the life of Euretha Vaughn Miller Williams who lost her life tragically on August 16, 2020, at the age of 92. Details of how she died will be included in this story, but we’ll begin with some background information.

Euretha was the daughter of Joe Vaughn and wife Clementine McCormick Vaughn who made their home in the Bethlehem community of Overton County. She was one of seven children in that family.

She graduated from Livingston Academy in 1947, and afterward, received a BA from Carson-Newman college in May of 1951, and in 1966, she obtained an MA from the University of Indiana.

While living and teaching in Indiana, she also took a part-time job at Montgomery Wards. She worked there during weekends, summer months, and holiday seasons.

Euretha’s first marriage was to Doyle Miller on April 30, 1954. That marriage ended in divorce.

Her second marriage in 1996 was to Billie Mack Williams, the son of Cosby and Florence Williams. Billie Williams was a brother to Kermit Williams who once lived and owned property on Linder Mountain Road just outside of Livingston.

Billie’s first wife, Ann Gertrude McKenzie, was originally from Florida. She died in 1995 and is buried in the Williams Cemetery on Garrett Mill Road near Livingston.

Billie Williams had four children, three daughters and one son, by his first marriage. Euretha’s relationship with those children was not always a cordial one, especially with Billie’s son, William Brett.

Upon Euretha’s decision to file a claim for her portion of her late husband’s estate in Cumberland County, that decision set the wheels in motion, bringing about her untimely death. Family members believe Billie Williams’ son, William Brett, was so angered by Euretha’s decision to file a claim for what was rightly hers according to law, he drove from his home in Sioux City, Iowa, to the Bethlehem community where Euretha and Billie had made their home for several years. He arrived late at night and entered the home by breaking in through a door. Because Euretha used hearing aids that she removed each night prior to going to bed, and the fact that she had breathing problems and slept with a C-Pack, she probably was never aware her home had been broken into.

As she lay sleeping, Billie’s son entered her bedroom and shot her in the head. Her perpetrator fled and more than likely was not aware that at least a portion of his arriving and departure from Euretha’s home had been recorded on a neighbor’s security cameras. Upon his return to Sioux City, he committed suicide.

The Tennessee Bureau of Investigation (TBI) was called in to investigate the murder. On January 21, 2021, a final report from the District Attorney General’s office in Cookeville was received that reads in part as follows:

“On Sunday, August 16, 2020, Overton County 911 received a call advising that a female identified as Euretha Williams was found dead at her residence located on Bradley Qualls Lane in Livingston, TN from a gunshot wound to the head. Further investigation took agents to Sioux City, Iowa where the victim’s stepson, William B. Williams, was found deceased from a self-inflicted gunshot wound.

“After a completed investigation by agents, it was determined that William B. Williams drove to Tennessee from Sioux City, Iowa, broke into the home of his stepmother, Euretha Williams, shot and killed her while she slept due to dispute over property; then drove back to Sioux City, Iowa where, after leaving a suicide note, he then killed himself.”

The following are some memories shared by family members:

“Many times when our family would be talking about Euretha, we would refer to her as having a heart of gold. She was always giving us great gifts that we all loved. Her greatest gift was almost 40 years of teaching, nurturing and molding the lives of very small children, in a predominantly Black school in Gary, Indiana. Over the years we heard many stories of the children and the school where she taught.

One morning little eight year old Josh came bouncing into the classroom with a little gift. He said, “I brought you a present because I love you.” The gift was a little audio cassette of Josh singing “You Are So Beautiful To Me,” a popular song at that time.

After many more years of teaching, it was time for her to retire, and she moved back to Livingston to help care for her aging parents.

Then she met Billy, they soon became engaged, then came the wedding day, the church was packed with friends and family. We were all sitting quietly listening to a beautiful prelude of wedding music, then the music stopped and several moments of silence, then a click and a pop, and we were listening to little Josh singing “You are So Beautiful To Me.” Yes, Euretha was beautiful to all of us.”

(A daughter of Luther Vaughn)

“Aunt Euretha was quite a unique lady. She was tough as nails and spoke her mind, but she had a heart of gold. She was a breast cancer survivor.

When I was around the age of 4, I went grocery shopping with Aunt Euretha and Aunt JoAnna. I told them I liked tuna fish, but I probably didn’t even know what it was. After the shopping trip, Aunt Euretha made me a tuna fish sandwich, and of course, I didn’t like it, but she made me eat it. I would sit and cry while telling her “If my Momma was here, I wouldn’t have to eat it!” Her response was, “Well, your Momma isn’t here, so eat it!” I ate the sandwich, and believe it or not, I really do like tuna!

Aunt Euretha taught school in Gary, Indiana, where she was just one of three white teachers in that school. Her students there called her “The Great White Mother.”

When I was 13, I spent a month with Aunt Euretha in Indiana. She and I had a great time. We sewed, visited friends, went to movies. We rode a train from Gary to Chicago where we visited the zoo, the Sears Tower, and the Smithsonian Museum. She often had birthday parties for her dog that included party hats, balloons, and a cake with candles. Her heart of gold included giving money to her nieces and nephews toward their education.

In the last years of her life, she did cross-stitching that were like works of art. Her husband, Billie, made frames for them, and my oh my, they were just beautiful! She tried to teach me, but I didn’t have the patience for it, but my late husband did. While he was undergoing chemo treatments, he stitched and that helped pass the time.”

“Every year at Christmas, Euretha and Joanna would assemble prizes for bingo at Dad and Mother’s home. Many of the prizes came from her work at Montgomery Wards. She and Joanna rigged the games so that the grandchildren won the best prizes and the adults got the booby prizes. Once I won a set of bikini panties of different colors, one for each day of the week. Another time I won a huge onion.

An incident happened on her way from Indiana to Livingston. She stopped at a rest stop and went to the bathroom. While in the stall, she hung her purse on the hanger on the back of the door, and before leaving the stall, she observed a hand reaching across the door to grab her purse. She rushed out of the stall with her pants down around her ankles, caught the thief, and got her purse back.

Once when Euretha was teaching in Gary, Indiana, the teachers went on strike. Euretha didn’t want to strike, so she crossed the picket line every day and continued to work.”

Following her death and burial, family members held an estate sale at Euretha’s home. Among those attending was a former student in Euretha’s class at Livingston Grammar School, Aaron Paul Thrasher, who recalled how she was a positive influence in his life.

Thankfully, murder cases don’t often happen in Overton County. According to information from the Assistant District Attorney’s office here in Livingston, the last case involving someone who was shot and killed took place in 2017.

On March 30th of this year, had she not met an untimely death at the hands of an angered stepson, Euretha would have been 93 years old. As was her request made to Huston in 2019, her final resting place was in the Falling Springs Cemetery of Overton County near her Vaughn grandparents who were buried there many years ago.