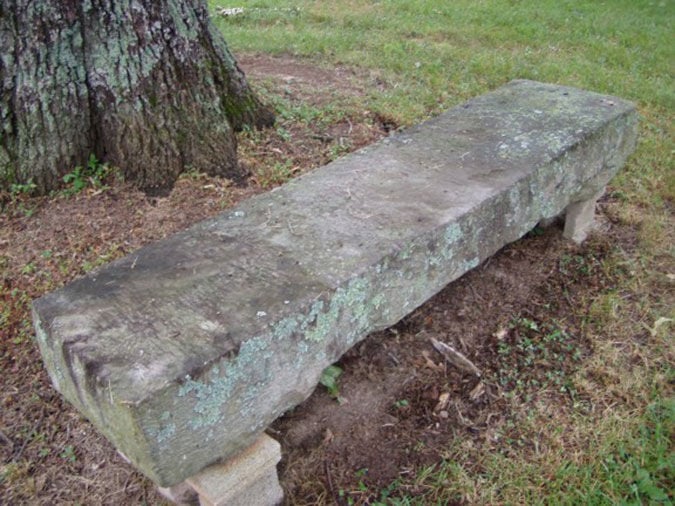 This large limestone rock that once stood in the front of the Alvin Cullom house in Monroe is said to have been used for slaves to stand on while they were auctioned off to the highest bidder. 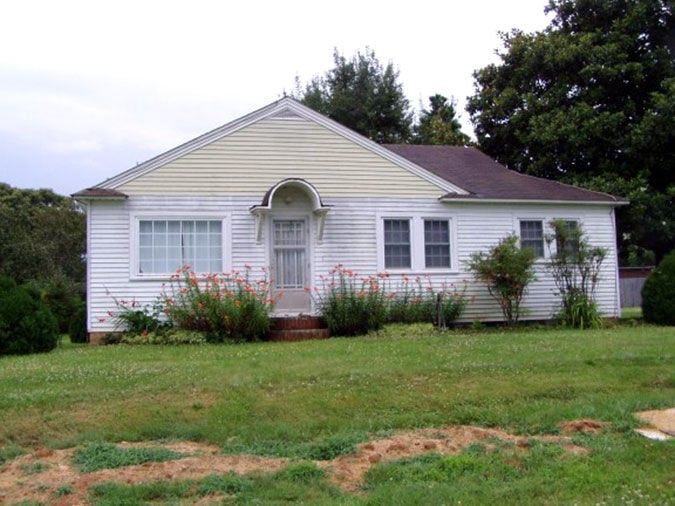 Recycled materials were used in the construction of the Cecil Young home located at Monroe.

This large limestone rock that once stood in the front of the Alvin Cullom house in Monroe is said to have been used for slaves to stand on while they were auctioned off to the highest bidder.

Recycled materials were used in the construction of the Cecil Young home located at Monroe.

The Alvin Cullom house at Monroe

A definition of the word “recycle” says “to convert (waste) into reusable material. To use again.”

The late Cecil Young knew the meaning of this word long before it became a part of our everyday vocabulary as it is today. The home he built on the Monroe/Byrdstown highway back in 1951 was constructed almost entirely from recycled materials. The lumber, windows, doors, and other materials used in the construction of his home came from houses that were being torn down in the Willow Grove community during the time folks had to leave that area because of the construction of Dale Hollow Dam.

The property on which Cecil Young constructed his home once belonged to his parents, George Washington (Wash) Young and wife Nola (Norrod) Young. That home is owned today by his son, James Young and wife Brenda Young. A road that used to be traveled to reach Alpine was once located through this property. That same property also has some very rich history included in one of the books written by the late George Allen Knight.

The following is taken from a story written by Mr. Knight that he entitled “The Cullom House.”

“The Alvan (Alvin) Cullom house above Monroe on the Livingston-Byrdstown Highway was one of the best examples of colonial architecture found in the Upper Cumberland. It was two stories high, situated back from the road on tree-shaded, landscaped grounds. The structure was in a setting that brought out its beautiful, dignified appearance.

“Mr. Cullom was admitted to the bar in 1823, and immediately commenced practicing law in Monroe. Although he was a very busy man, Mr. Cullom personally selected the site for his home. He went into his forest, selected the trees and had them sawed into a house plan at the nearby Wright’s Mill. The bricks for the chimneys and trim were made in the Sprouls Tile and Brick Yard, three miles away.

“The house was practically completed and the family moved into it when Mr. Cullom was elected to the House of Representatives in 1835. The structure was soon completed by the master builders, David Andrew Godsey and Dave Sells, but the furnishings were gradually accumulated. Mr. Cullom was elected to the United States Senate and served from 1843 to 1847. It was while he was in Washington, D.C. that some of the more pretentious household goods were acquired.

“Three houses in this section of Overton County were identical in size, floor plan, and style except the front porticos or porches were different. They were the Cullom house, the Joseph Fiske Knight house, and the George O. Knight house. In each house, a central hallway went through the structure and was flanked by two rooms on each side, both upstairs and down. At the rear of each house was a kitchen building. The Cullom kitchen was a rectangular building with two rooms, one, the kitchen with a fireplace, and the other, a pantry.

“On entering the Cullom house, one found the interior just as beautiful as the exterior, and still as dignified. The wood paneling was carefully hand-fitted, vertical planks and dated from the construction date of the house. There were some plastered walls. The laths were covered with a plaster made of mud, lime and hog hairs. Two large brick chimneys were at each gabled end of the house, and there were no windows at the gable ends. All the floors were of random-width planks of oak.

“In the first-floor hallway was a walnut housed grandfather clock operated by weights. Most of the furniture was walnut and made by local cabinet makers as tables, chairs, corner cupboards, chests, and beds. There were also some fine mahogany pieces brought from Washington when Mr. Cullom was Senator. The family was especially proud of two straight-legged mahogany wing chairs in the parlor, which were undoubtedly the first chairs of this style in the Upper Cumberland. There were some original landscape paintings, and in later years, a portrait of a nephew, the Honorable Shelby M. Cullom, made in 1856 before he became governor of Illinois.

“The large and handsome library also served as Mr. Cullom’s office. Hand-hewn and hand-sawed bookshelves lined one wall. Mr. Cullom collected books, maps, old deeds, documents, and records, and all these were very much in evidence in the library. The library, as the remainder of the house, was lighted by single-arm brass lamps.

“Mr. Cullom was a member of the Peace Convention of 1861 held in Washington, D.C., but all efforts to avert the Civil War and preserve the Union were in vain. The Cullom house was spared during the war, but it was ransacked and pilfered as other homes in the area.

The Cullom family lived in the house until it was sold to the John (should be George) Washington Young family. The beautiful landmark remained in the Young family for three generations and was demolished in 1959.”

James Young recalls a story handed down through his family about a very large and heavy hand-chiseled stone that is said to have once stood in the front yard of the Cullom house. The stone was used as an auction block for slaves to stand on as they were being sold. Several years ago, the stone was moved and is now used as a garden bench in the back yard of James and Brenda’s home. What stories could be told if only that large piece of limestone could talk.

Charles Cullom shared this information about his great-grandfather: “While he was in Washington, D.C., my great-grandfather, Alvan (Alvin) Cullom, purchased a slave who was given the name Sam Cullom. The slave traveled alone from Washington, D.C., by ship to New Orleans, then by rivers to Nashville, and then on foot to an area once known as Henard near the Bethlehem community just outside of Livingston.

“Sam Cullom served in the Confederate Army and later drew a pension for his service. When my great-uncle, Ras Cullom, was killed during the war, Sam saw to his burial. Sam Cullom was a great favorite of the family and after the Civil War, he was given land near where the county fairgrounds is now located. His son, Mack, and wife, Ella, lived on the land. Ella gave the land for the Church of Christ which sits on the Monterey highway. The elders of the church came to Ella about purchasing the land and when she learned that it was for a church, she gave the property to them. They named it Cullom Church of Christ in her honor.

“Another one of Tennessee’s favorite sons, Alvin Cullom York, was named for my great-grandfather, Alvan (Alvin) Cullom.”

County Historian Ronald Dishman’s book, “This and That,” includes information taken from Sam Cullom’s application for a pension for service during the Civil War. An affidavit to his application was completed by Mrs. J.H. Lea who stated the following: “...she was a granddaughter of Alvin Cullom, and that Sam Cullom, colored, was sent away to the army with her uncles Jim and Ras Cullom at the beginning of the war and that he (Sam Cullom) returned at the close of the war and told about how he buried Jim Cullom when he was killed in Atlanta. It was her information that he (Sam Cullom) served faithful throughout the war.” The affidavit was dated June 25, 1921.

At the time this story was originally published, James Young was in the process of gathering information to add the Young farm to the The Tennessee Century Farms Program recognizing the dedication and contributions of families who have owned and farmed the same land for at least 100 years. If the only requirement was that the property have an extremely interesting history, there is no doubt this farm would certainly qualify.