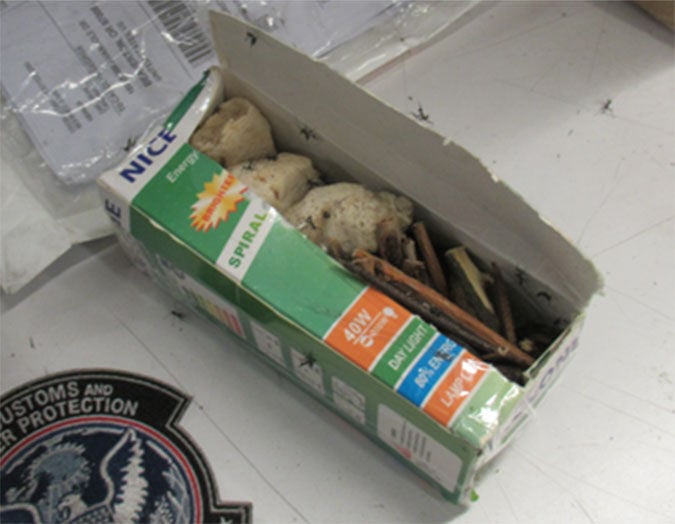 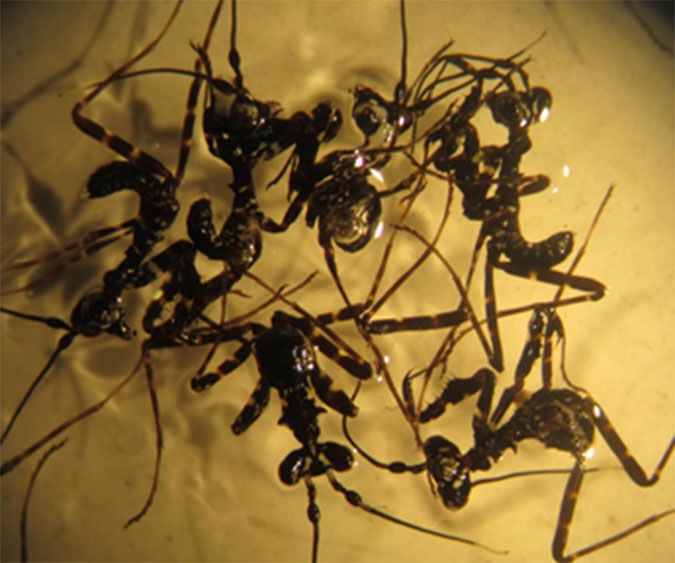 Mantodea were found along with Torymidae.

Mantodea were found along with Torymidae.

U.S. Customs and Border Protection (CBP) Agriculture Specialists in Memphis were inspecting a shipment from Tanzania en route to Oregon on Tuesday, March 2 when they found live insects. The one-piece shipment, which was an old cardboard light bulb box, was manifested as “dried loofah”.

The box contained three dried loofahs along with wood chunks infested with two species of live insects. An entomologist identified them as Mantodea – a form of praying mantis, and a Torymidae – a form of wasp.

Mantids are normally predatory, and the wasps found are frequently a parasitoid, meaning they lay larvae on other insects, which eventually kill the host. Other times they are plant-eating, usurping the big knots on trees formed by other insects. The wasps are also known to exploit Atlantic white cedar seed, and could potentially be dangerous to cedar trees if introduced into the Oregonian environment. Both species of insects could spread previously unknown diseases to plants and kill native insects.

“If this wasp was to go at large in the timber industry in Oregon, that could be dangerous,” said Agriculture Specialist Supervisor Nancy King.

The live insects were not declared, were not accompanied by a USDA Import Permit, and not addressed to a Plant Inspection Station. The intended recipient also did not have a USDA permit to import them. An agriculture specialist destroyed the infested material via steam sterilization.

Recent shipments from Tanzania have revealed prohibited insects, plants, and animal products. The motivation for ordering the dangerous insects from Tanzania is unclear.

On a typical day in Fiscal Year 2019 CBP agriculture specialists prevented 314 pests from entering the U.S. through ports across the country, and confiscated 4,695 materials for quarantine, including plants or plant products, meats, animal byproducts, and soil.

U.S. Customs and Border Protection is the unified border agency within the Department of Homeland Security charged with the management, control, and protection of the nation’s borders at and between official ports of entry. CBP is charged with securing the borders of the United States while enforcing hundreds of laws and facilitating lawful trade and travel.